How to resolve Nagorno-Karabakh issue 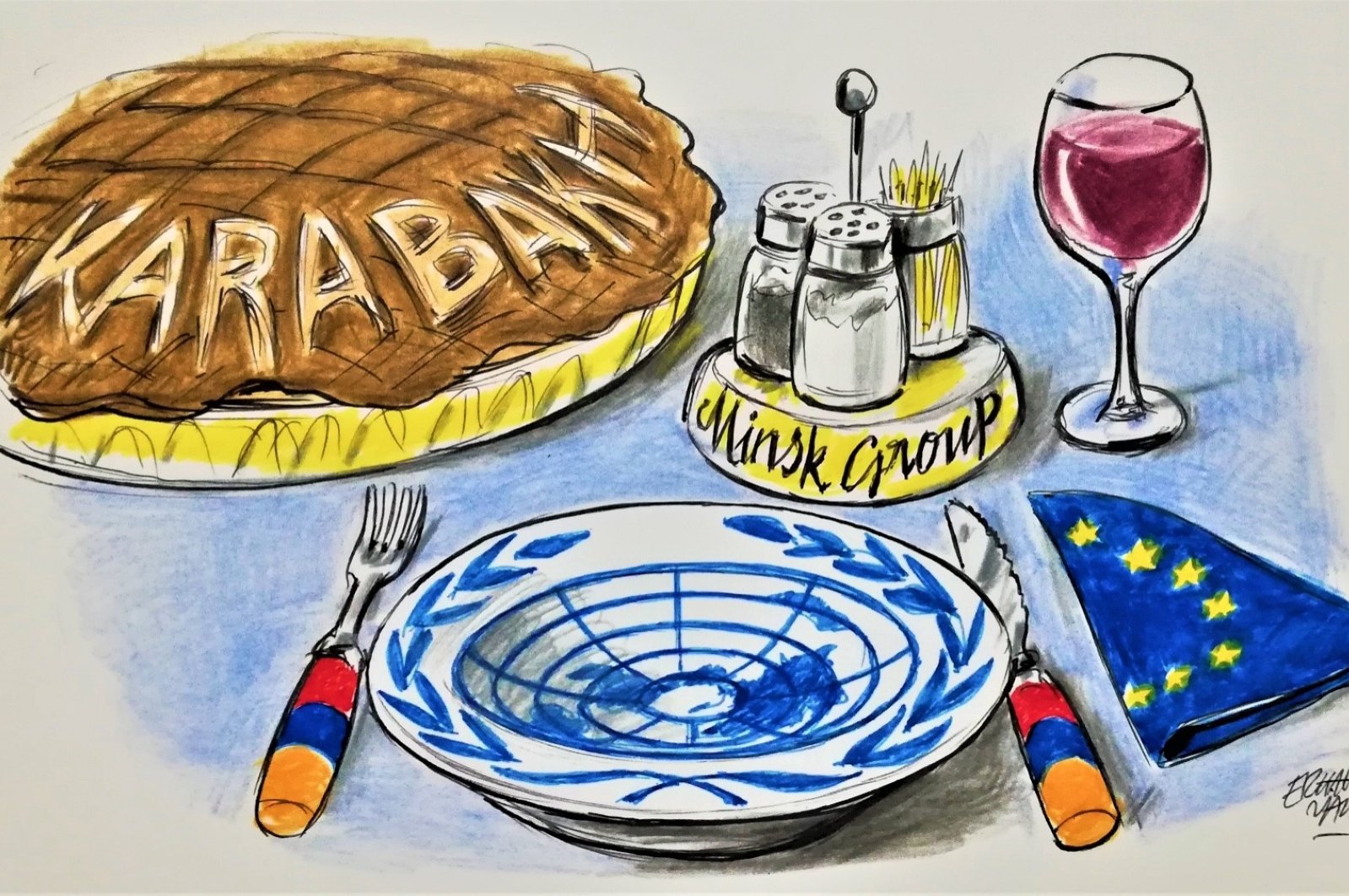 Nagorno-Karabakh is a region that has always belonged to Azerbaijan, even during the Soviet era. However, taking advantage of the collapse of the Soviets, the Armenian forces resorted to violence between 1992 and 1993, forcing Azerbaijani Turks to emigrate, and occupied the region. With the support of Russia, Armenia occupied 20% of the Azerbaijani territory by committing many atrocities such as the Khojaly Massacre, which was the bloodiest incident in Nagorno-Karabakh, according to Human Rights Watch (HRW).

As the United Nations Security Council resolutions could not go beyond calling for an end to this occupation, Azerbaijan had to accept the cease-fire in 1994. In other words, Nagorno-Karabakh, which should be under the sovereignty of Azerbaijan according to international law, is a de facto state under the hegemony of Armenia.

For 27 years, neither the U.N. nor the Minsk Group – founded by the Organization for Security and Co-operation in Europe (OSCE) and co-chaired by France, Russia and the United States – have been able to produce any solution to end the occupation by Armenia. For this reason, the international community's call for an end to the conflict is neither fair nor productive. The calls should be aimed at ensuring that Armenia leaves the occupied territories. Indeed, as Russian President Vladimir Putin said, “conflicts are not taking place on Armenian territory.”

Ankara has supported Baku on the ground by adding armed unmanned aerial vehicles (UAVs) and missiles such as the Kasırga to the Azerbaijani army's inventory and by providing the most diplomatic support. President Recep Tayyip Erdoğan said: "The international community, which has failed to give a necessary and sufficient response to the provocative aggression of Armenia, once again shows its double standards. The Minsk trio, which has maintained its negligent attitude for about 30 years, unfortunately, is very far from being solution-oriented." He pointed out the need for a different diplomatic dynamic in order to resolve the issue.

On the other hand, while French President Emmanuel Macron has not made any worthwhile statements about Armenia’s occupation during his incumbency and while Azerbaijan has been trying to reclaim its occupied territories, the Minsk trio has chosen a position that clearly defends Armenia’s ongoing occupation, contrary to their own principles. Thus, while the Minsk Group has made no contribution to Armenia on the ground, it has also reduced itself to an unacceptable interlocutor for Azerbaijan at the table.

Azerbaijani President Ilham Aliyev called on Macron, saying: “We are not the cause of this war. We are defending our territory, we do not have our eyes on the territory of Armenia. Nagorno-Karabakh is our territory. Can a state conquer its own territory? On this territory, Armenians unlawfully destroyed all our monuments. Don't they see that? Such approaches are not accepted. We can't keep quiet about it.” Moreover, he said that it is necessary for Turkey to be at the table in possible peace talks.

But Turkey, indeed, has a say in the region not only because of the UAVs it sent.

There is a more important reason why Turkey has a say in the South Caucasus that goes beyond the UAVs it sent. The international community has not taken any helpful steps to end the yearslong occupation and has turned a blind eye to it. Turkey, on the other hand, is one of the few countries that has contributed to the solution for the first time in almost 30 years by providing the necessary support for occupied Azerbaijan both on the ground and at the table.

If countries such as France and Canada, instead of fighting against Turkey's growing influence, first make a call to urge Armenia to withdraw from the occupied territories, to establish an international guarantor mechanism and to set a schedule for this withdrawal, perhaps they can sit at the same table as Turkey. This may be the only method promising hope for solving this problem, which has become like gangrene in the current situation.