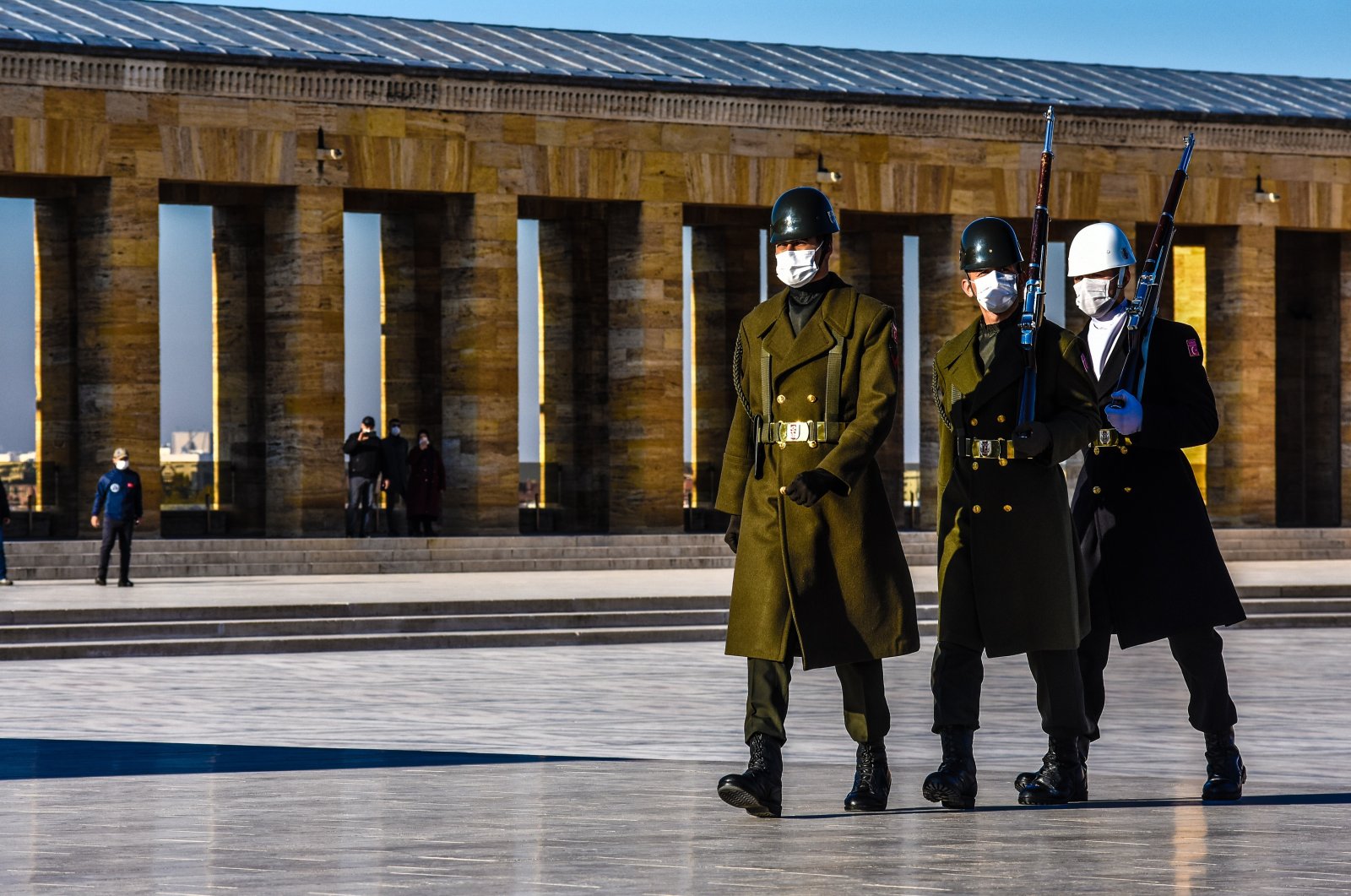 Last week, 104 retired admirals released a declaration warning the government and state institutions to abide by the Montreux Convention and abandon plans to build a new canal in Istanbul.

Seemingly, the declaration was made immediately after a statement made by Parliament Speaker Mustafa Şentop during a press conference when the official provided a technical and procedural answer to a question posed by a journalist.

Clearly, Şentop’s answer was taken out of context and exploited by certain opposition groups and media platforms.

However, the declaration has drawn fierce reactions from the government, officials belonging to different political parties and various segments of society.

The majority consider the declaration to be an illegal interference in legitimate government institutions and the elected political authority.

Over the last two decades, state institutions have been undergoing a process of nationalization. Certain leading institutions, including the Turkish Armed Forces (TSK), the country's intelligence agency and police, have been restructured, particularly in the wake of the failed military coup attempt by the Gülenist Terror Group (FETÖ) in 2016.

The institutions were now free to reorient their mindsets and redefine their raison d'etre. Eventually, the TSK increased its capacity, capability and deterrent power as demonstrated in a host of regional crises including Syria, Libya and Nagorno-Karabakh.

I want to briefly discuss some of the ways in which this declaration will influence Turkish politics, as it will in several ways.

First of all, as pointed out by President Recep Tayyip Erdoğan, the declaration slanders the TSK.

Defense Minister Hulusi Akar had a similar explanation and pointed out that the declaration targets the morale and motivation of TSK personnel.

After the 2016 failed coup attempt, the TSK successfully carried out many military operations in different regional crises.

In other words, it was designed to restrict the effectiveness of the TSK and Turkish state when undertaking regional initiatives.

Secondly, this declaration targets the nationalization of the TSK. The signatories do not consider the TSK to be the main protectors of the Turkish Constitution against Turkish political actors and public opinion.

That is, traditionally the TSK protected the state against domestic threats of intervention, rather than external ones. This was the main justification for the previous military coups that took place from 1960 onward.

Thirdly, this declaration and other actions in the same vein aim to prevent the normalizing of military-civil relations in Turkish domestic politics. It took a long time to decrease, if not put an end to, the bureaucratic tutelage in Turkey.

Certain internal powers with domestic interests want to reverse the process and resubordinate political structures and actors to bureaucratic institutions. This declaration is nothing more than a classic attempt to remilitarize Turkish politics by intervening in the democratic structure of the state.

Fourth, those who signed the declaration wish to keep the TSK dependent on and loyal to external actors and institutions, including certain organizations and alliances, rather than catering to national political authorities.

Putschist orchestrators of past coups have traditionally always affirmed their loyalty to international alliances when explaining their actions in the aftermath.

However, after clearing the military of FETÖ members, the new generation of officers followed a more nationalist and independent policy.

Just weeks before the retired admirals released their statement, certain retired university rectors and retired ambassadors made similar declarations. These statements were all made in reaction to the large-scale transformation of the Turkish state.

These groups, who have the tendency to collaborate with certain foreign powers and have yet to shed their Cold War mindset, are uncomfortable with Turkey’s quest for higher international status and further autonomy in its foreign policy.

Considering the overwhelming reaction to the declaration, Turkish political actors and the public are committed to the nationalization and normalization process in Turkish politics that will allow for more independence when faced with regional issues.