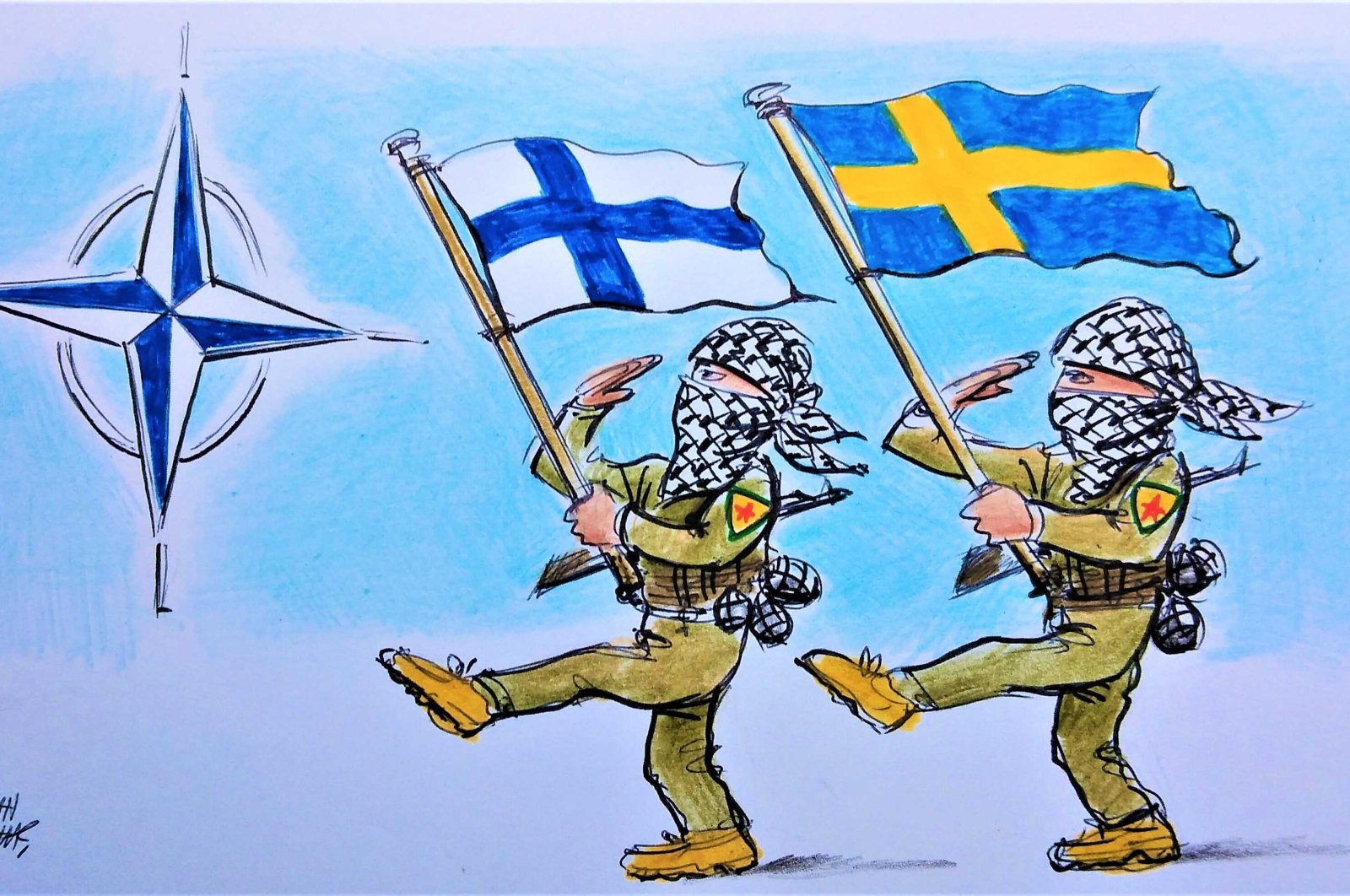 'Turkey believes that in the face of growing challenges and at a time when NATO is seeking enlargement, a new approach to security and a sense of alliance is a must'

In the recent decade, the world has been navigating a tunnel of crises with head-spinning speed and the light at the end does not seem to be close. The regional instabilities caused by the rise of terrorism, climate change, global warming, the coronavirus pandemic, the Russian invasion of Ukraine, which has exacerbated the food crisis, the energy crisis and the economic crisis are to name a few so far.

In face of all these global crises that affect almost all global citizens, NATO’s future will be discussed in Madrid on June 28-29.

One of the hottest topics, indeed, is Sweden and Finland’s membership application to NATO and Turkey’s justified opposition, arguing that the two Nordic countries must forgo their support to PKK/YPG terrorist groups and sheltering fugitive members of the Gülenist Terror Group (FETÖ).

Turkey will participate in NATO’s Madrid summit on the eve of the July 15 coup attempt by FETÖ, during which 251 people were killed and more than 2,200 others were injured. FETÖ’s coup attempt was not only a direct attack on the democratically elected government but also an attack on Turkey’s democracy, its institution, its sovereignty and its future. The memories of the bloody coup attempt in the Turkish psyche are still fresh. In two weeks, the Turkish nation will mark the sixth anniversary with pride that it defeated a “West-backed coup attempt” on July 15. No doubt, President Recep Tayyip Erdoğan will have this in mind when he discusses Sweden and Finland’s membership bids and how they have been a safe haven for those attacking Turkey.

Similarly, Turkey has been fighting the PKK terrorist group for the past 40 years and has lost thousands of its citizens, women and children, as well as men and women in uniform. Ankara continues its anti-terror fight within and outside of its borders against the PKK and its Syria affiliate YPG in northern Syria and Iraq. It has become trivial for an average Turkish citizen that Turkey’s NATO and Western allies support the PKK and YPG, be it politically, economically or militarily.

This is also another argument on the agenda when it comes to why Ankara has been opposing Finland and Sweden’s membership bids. There are no question marks when it comes to Turkish officials’ believing that the two states either support or do not stand against the two terrorist groups that directly threaten Turkish citizens, Turkish democracy and Turkish sovereignty.

As NATO seeks enlargement in the face of growing threats from its historic rivals, including Russia and global terrorism, or rising threats as in China, it is time for NATO to go back to its very essence of providing security for all its members equally and to restructure its alliance to face newly emerging threats and global crises. It is, indeed, time for a re-conceptualization and approach to security: not only state-to-state threats but the emergence of nonstate actors/threats and global crises that require collective defense and strategy must also be taken into account.

In essence, NATO needs a new security approach that does not pick and choose when and how to provide security. But rather, it must take a step back and begin with establishing a sense of trust among its members when it comes to applying one for all and all for one or, in other words, a collective defense mechanism based on Article 5, which says “an attack against one Ally is considered as an attack against all Allies.”

Moreover, the approach to threats and security must be reestablished as targets may not just come from states but also from terrorist groups that are supported by rival powers.

It is not logically founded to argue that Turkey is against NATO’s enlargement. Instead, Turkey believes that in the face of growing challenges and at a time when NATO is seeking enlargement, a new approach to security and a sense of alliance is a must.

As the second biggest army of the alliance, Turkey argues that if there will be enlargement and new members accepted into NATO, the candidates must not be obstacles to this new approach.

"NATO is a security organization, not a terrorist organization," Erdoğan said recently. "Turkey cannot support Sweden's NATO bid while its state television broadcasts interviews of terrorist leaders and the same goes for Finland," he had added. Ankara will not tolerate terrorist group followers using European capitals as safe havens or their sympathizers using Swedish or Finnish cities as platforms to rally against Turkey, while the host countries turn a blind eye to Turkey’s demands.

Instead of hesitating to give up supporting terrorist groups targeting Turkey, Sweden and Finland must rethink how they can contribute to this re-conceptualizing of security and the NATO alliance as a positive first step. Once this approach is solidified with tangible steps taken to meet Turkey’s justified demands when it comes to fighting against terrorism, Ankara’s stance on Sweden and Finland’s NATO membership will also change. Turkey has long suffered from Western support for terrorist groups. Lastly, Turkey does not want to repeat the mistake it made when it did not veto Greece’s return to NATO in the ‘80s.

On Monday, NATO chief Jens Stoltenberg said they aim to "make progress" on Finland and Sweden's membership bids during the summit.

Stoltenberg said NATO needs "to take into account the concerns expressed by allies, in this case by Türkiye. And that's the reason also why we have intensified the dialogue with our ally and with Finland, Sweden over the last weeks."

Addressing reporters in the capital Ankara ahead of his trip to the critical NATO Madrid summit, Erdoğan also underlined: "NATO membership comes with responsibilities. If Sweden and Finland are to become members of NATO, they have to take into account the security concerns of Turkey, a member of the alliance for 70 years."

The ball is now on NATO and NATO’s Western allies to remove obstacles blocking Turkey’s OK to the two applications.