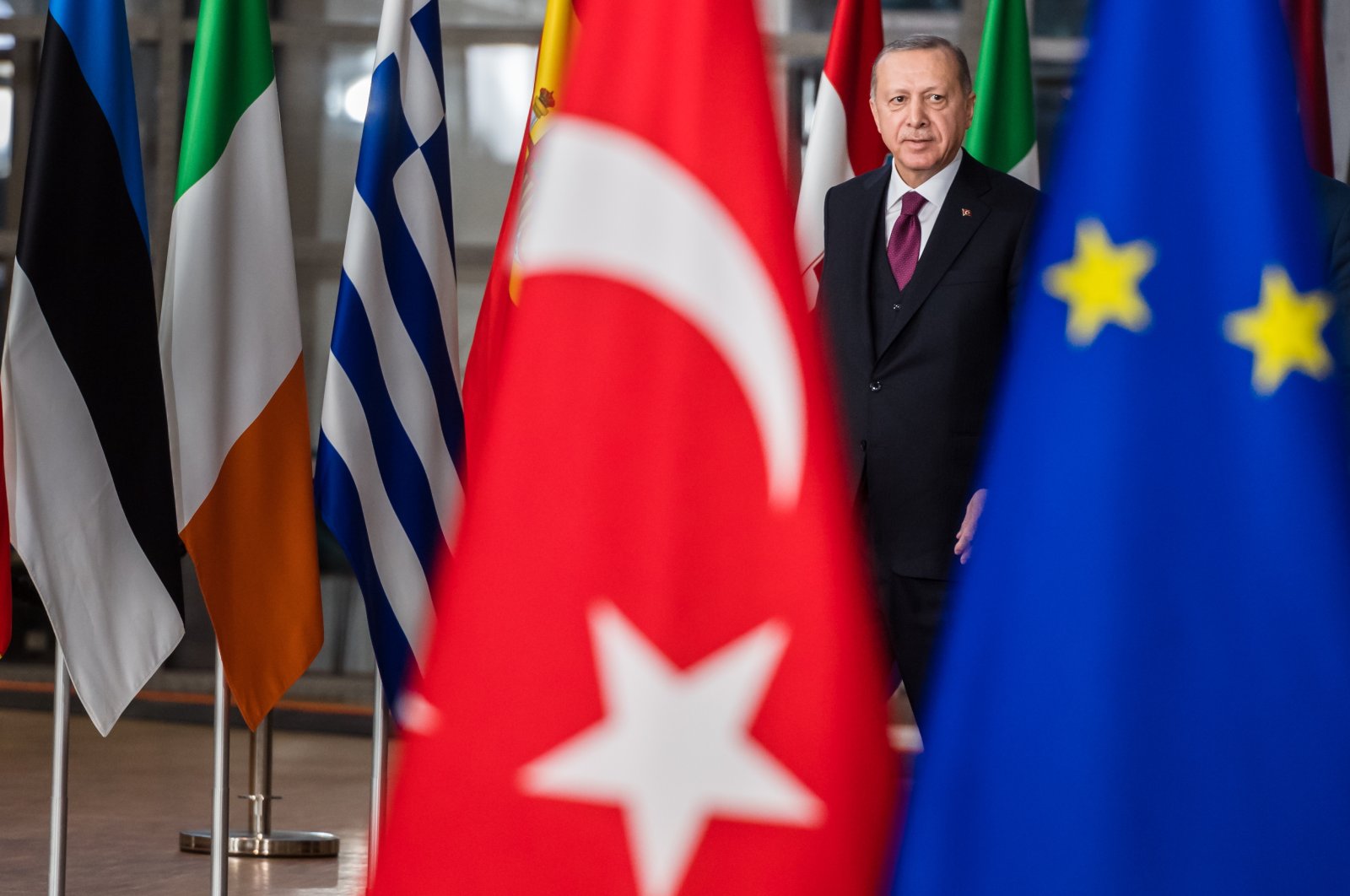 Italian Prime Minister Mario Draghi's recent statement calling President Recep Tayyip Erdoğan a "dictator" is literally shocking. It resounded like a roar in the night, an out of the blue comment that no one really could have expected.

A sharp declaration that is wrong in form, timing and substance. Hence it is difficult to grasp the reasons behind it.

All of this happened at the end of a press conference where Draghi was supposed to explain the state of the pandemic situation and the vaccination campaign in Italy.

To a question posed by a journalist on the much-debated "Sofa Gate" issue, Draghi's answer was very harsh towards Turkey and its leader. Draghi’s words have since produced a shattering effect.

Indeed, the relations between Italy and Turkey are in excellent health as political dialogue has never been interrupted and diplomatic contact has always been assiduous and continuous even in the most difficult periods of the pandemic.

The Italian prime minister himself in his first speech in parliament had explicitly expressed his intention to engage in "a virtuous dialogue with Turkey" as an important partner also in NATO.

On the importance of bilateral ties, there is no doubt. After all, as it has been said several times in these columns, on a bilateral level there are many important areas of cooperation, with the economic and industrial sectors being primary among them.

Italy is a key investor in Turkey, where it boasts the presence of 1,550 companies, which are more than satisfied with the Turkish economic environment.

Moreover, there are important political-strategic synergies linked to defense, the war on terror, human trafficking, migration and energy, which are also engraved in regional dossiers in which Ankara and Rome share the same positions.

That is not all. Between the Italians and Turks, there is an instinctive sympathy and a sort of mutual understanding acting as a corollary to the countries' deep and important relationship.

In these days of crisis, there have been many comments from Turks on social media who say they are offended by Draghi's statements, yet they are still capable of recognizing and defending the respect that has always been nurtured by and for the Italians.

Certainly, communication skills are an important part of politics and diplomacy and such a thrust plays at the expense of the solid bonds built over time and on mutual interests.

However, more than that, the mistake is also based on a misperception of Turkey, its people and its dynamics.

Although there is criticism and concern around the state of Turkish democracy in some European and Western circles, there are many elements contradicting the "dictatorial" thesis, such as free and fair elections, the presence of several parties in Parliament and the management of the country's major cities by opposition parties.

It is precisely within the EU that Italy has played an important role in moderating the positions of the anti-Turkey bloc, proposing a positive agenda towards Ankara.

A line that ultimately proved to be successful, as was evident during the last summit of the European Council, and paved the way for the re-launch of Turkey-EU relations. This was the spirit of the EU institutional leaders visiting the capital Ankara, whose subsequent media storm contributed to the debasing of Turkey.

Perhaps, it is behind the feeling of solidarity binding the European countries that the declaration of Draghi must be read: Draghi as the former president of the European Central Bank is a great connoisseur of the EU mechanisms of which he enjoys full confidence. Could he be trying to establish himself as the leader of the European bloc?

On the issue, some European Commission spokespersons have distanced themselves stating that “Turkey is a country that has an elected parliament and an elected president, towards which we have a series of concerns and with which we cooperate in many sectors. It is a complex picture, but it is not up to the EU to qualify a system or a person."

Even major representatives of the EU states have not expressed themselves in this regard. On the other hand, after U.S. President Joe Biden's shocking "killer" remark about Vladimir Putin of Russia, Draghi may be aiming to recover Italy's Euro-Atlantic projection, aligning himself with the distinction between the liberal West and the rest.

Certainly, such an approach has a political following, nurtured especially in some circles around Draghi and perhaps preventing him from taking a step back.

Whatever the rationale behind these words, perceived in any case as impromptu and badly pronounced, the wish is that common sense and diplomatic ability to mend the tear will prevail.

After all, the basis of Turkish-Italian relationships is cooperation, not friction, hence any effort should be addressed in realpolitik terms by honoring the fact that Italy and Turkey are "more than special friends."