Who is afraid of an independent Turkey? Republic Day 2021 reflections 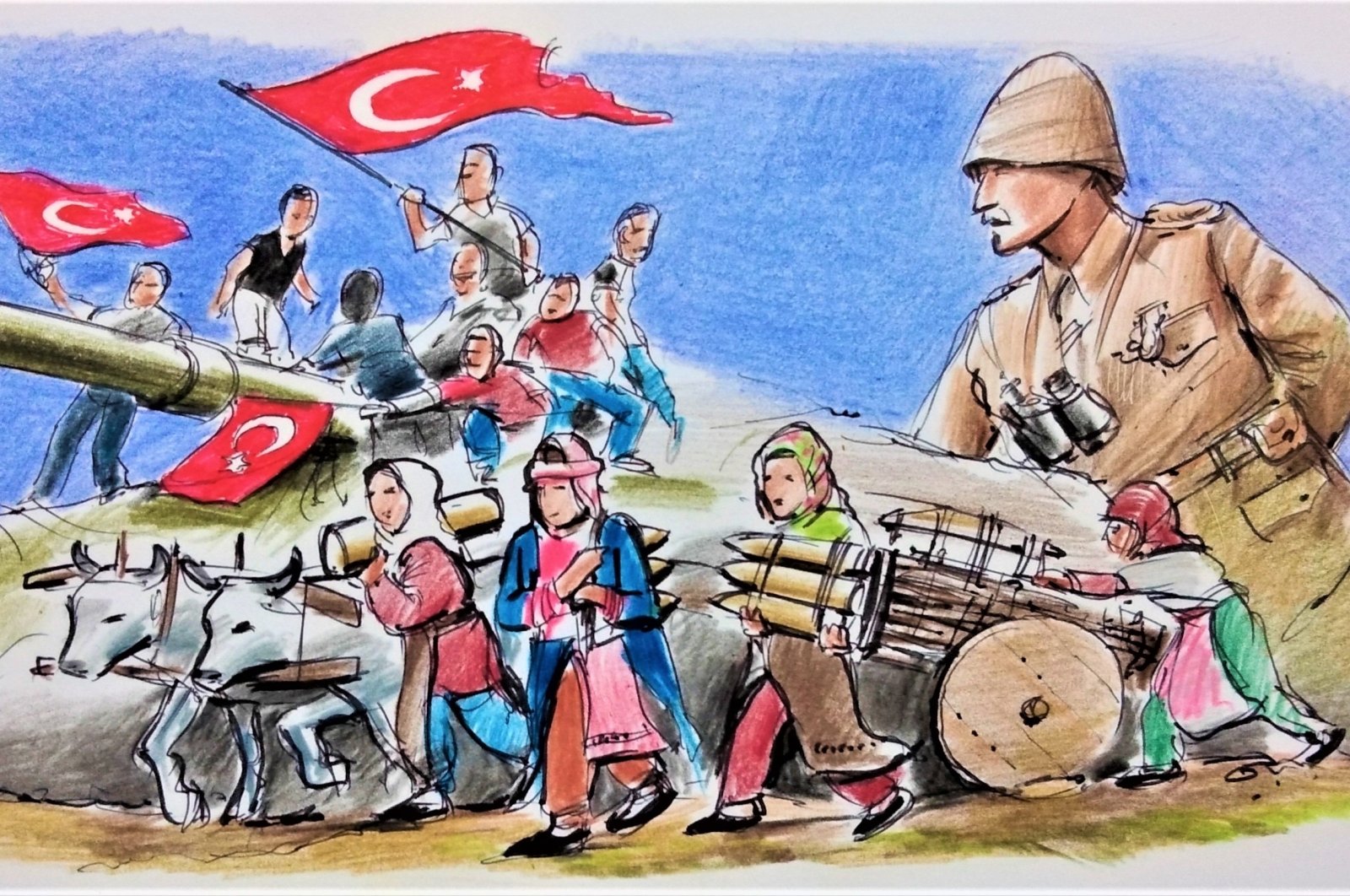 Strengths, weaknesses, opportunities and threats – the four dimensions of a SWOT analysis, which has become the standard for determining the internal as well as external factors of a planned business or government venture, respectively. If we now assume that running an entire country is like an ongoing large-scale project that needs constant fine-tuning, including making myriads of policy proposals for the future, such an analytical tool can be rather helpful. Granted, it most definitely oversimplifies – even more so if shortened to fit into a newspaper article – but nevertheless allows for a more structured insight into where a nation-state is headed in the near to medium-term time frame.

And today, Oct. 29, is the perfect occasion to discuss this outlook based on what has been achieved along the way as the Turkish nation marks the 98th anniversary of its founding.

It is a proud moment in history and a fine occasion to engage in festive commemorations. Revisiting all of the nation’s milestones would fill many volumes, so let us focus. First, we should explain – in particular to our esteemed international readers – why out of almost 10 decades the past 20 years shaped the country’s destination much more than any others. Second, what will be the shape of Turkey 24 months down the line when the title of this contribution will read "Centenary Day in Turkey!"; "What about Turkey’s 11th-decade perspective?"

Off we go – what about Turkey’s strengths, the "S"? Strengths are issues that are of advantage to an organization, or in our case, a country. They are about the internal dimension, or the domestic situation when talking about a state. Here one factor clearly stands out: the unbelievably strong willpower of the Turkish population with regards to defending democracy and the rule of law. One major topic former Prime Minister and current President Recep Tayyip Erdoğan had centered his election strategy on back in autumn of 2002 was to end all forms of tutelage, thus to establish a political and societal system wherein everyone feels accepted and valued. Another key subject was to completely overhaul the economy in the wake of a devastating financial crash. Result: first, a landslide victory at the ballot box. Second, successful implementation.

When old guard elites, ill-fated supporters of military intervention in democratic affairs, proponents of a two-class society wherein women who prefer a more conservative attire were sidelined and discriminated against, then paired with terrorist circles trying to topple the democratically elected government and later on the elected president, too, the nation spoke, the nation took to the streets, the nation fought with their bare hands against tanks.

With such strong willpower and determination among its public, any nation-state could look extremely confidently toward the next decade, and, soon, the next 100 years.

As we said in the introduction, this is a summary of an analysis highlighting one aspect in each of the four letters that make up a SWOT. Many further points could have been mentioned, such as a young population, highly educated citizens, state-of-the-art infrastructure and logistics, an economy that transformed itself from making parts to manufacturing world-class end products, breathtaking natural scenery and so on and so forth.

Now approaching the second letter, which represents "weaknesses" in SWOT, we can conclude that chapter rather quickly. One is hard-pressed to find any internal weaknesses if we agree that the above-discussed strengths outperform all weaknesses. Hence, we move right along to the "O," the opportunities, of which there are plenty.

Opportunities are to be looked at with external aspects in the foreground. Having said that, one thing springs to mind immediately: Turkey’s geopolitical advantage. Correct, it is a volatile position with great upheavals to be taken care of in neighboring Syria and Iraq. But one day there will be peace again, in particular, because of Ankara’s relentless support for human dignity, one day there will be a terror-free return to normality. But we must employ a 360-degree perspective. Think about Mediterranean countries, consider Russia. Let us add Turkey's European neighbors, too. Then add the even wider logistics advantage: Turkey is a financial and economic and transport hub for the entire Middle East, Central Asia and even North African countries. As many nations turn away from China as their preferred supply chain monopolist, Turkey might reap the related rewards, so to speak. A decade of opportunities, one feels inclined to say.

And last not least, are there any developments that can be perceived as threats, the "T" of our SWOT? Although it's a shame to mention such an unfortunate event in a celebratory article, it makes sense to look back at the week before last, when 10 ambassadors to Turkey had nothing better to do than to once again start lecturing Ankara about how to run its own nation’s affairs. Realizing their grave error of judgment, they withdrew their letter upon the perfectly legitimate announcement by Erdoğan declaring all of them persona non grata. I had the pleasure to comment on this development on TRT World and, as the program was broadcast on Austrian National Day on Tuesday, I discreetly mentioned that if a comparable illegal and inappropriate interference in Austrian judicial matters was orchestrated by the Turkish ambassador and another nine foreign diplomats residing in Vienna, all diplomatic hell would break loose. I'm not suggesting that any Turkish ambassador to Austria would ever do such a thing, of course, I would not be surprised if instead of warning the ambassadors in public beforehand, as was the case in Turkey, an order from Austrian President Alexander van der Bellen, transmitted via the Foreign Ministry, would – at least temporarily – send them packing. "Returning/being recalled to base for consultations" is the diplomatic lingo. In any case, Vienna’s answer would have been swift, direct and impossible to be misinterpreted: Please leave our country.

How will all of this play out in the medium term? As long as no new weaknesses are added into the mix and the inner strength, the emotional attachment of the people continues to be at a high level, and, as long as Turkey cleverly uses its opportunities at hand, including its prime geopolitical location, the outlook is promising indeed.

Even factoring in other external threats, not just the aborted interfering in domestic politics as described above – and in this context, one would need to discuss the terrorism threat from across the nation’s southern borders as well as from supporters hiding overseas – it appears as if modern Turkey has come of age and no longer accepts being manipulated by friends and foes alike. It has grown so much in stature over the past 20 years, it has not become reisolated, but politically mature. Turkey looks everywhere and does not just take care of its inner affairs. It has become an undeniable actor and factor in world politics.

Congratulations to the Turkish nation!