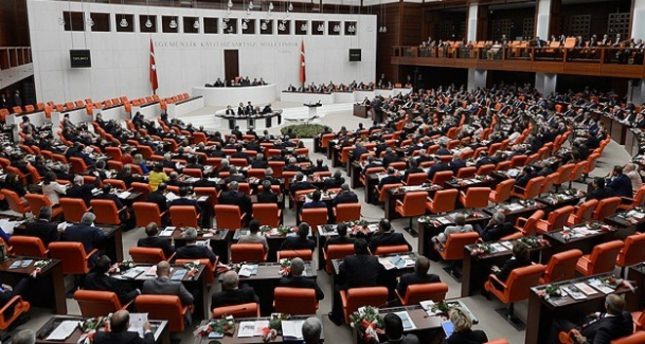 Turkish Parliament approves a package of laws that expands rights and freedoms, allowing use of Kurdish in education and democratizing political parties

Istanbul (Daily Sabah) - In line with moves to rapidly democratize its policies towards the Kurdish community and religious freedoms, Turkish Parliament over the weekend finalized the fifth stage of its democratization process by approving a bill to expand basic rights and freedoms. The adopted reform package sets a precedent by assigning previous non-Turkish names of villages, allowing education in languages other than Turkish, banning anyone from intervening in the lifestyle choices, beliefs and religious practices of other people, expanding the lines of hate crimes and abolishing the "Counterterrorism Law" that was used during the battle with the illegal Kurdistan Workers' Party (PKK). The bill also allows political parties to have two copresidents.

The bill also decreases the required voting percentage of political parties for state aid from seven to three. A regulation council will be created prior to demonstrations and protests. The council will have the authority of the state commissioner - the body that previously regulated demonstrations. The council will record the demonstrations to use later in the case that a crime is committed. Different languages and dialects will be used for education, including the previously banned language of Kurdish for education and political campaign. Entrepreneurs and foundations will be able to open private schools and conduct lessons in different languages. The language right was allocated to minority schools and foreign schools.

The bill also considers any discrimination based on ethnicity, religion, sect, gender and ideology as a hate crime. The perpetrator will be imprisoned for up to three years, if a person is discriminated against in daily life, during commercial activities and employment processes.
Aside from allowing education in any language, the return of previous non-Turkish names of villages and towns - generally in Kurdish and Armenian - is also covered by the bill. Kurdish people will be able to use the letters of q, x and w which are not used in the Turkish alphabet.

The bill will also allow the use of any language in election campaigning, whereas previously, only Turkish was allowed. Deputy Prime Minister Beşir Atalay said the bill abolished the "Counterterrorism Law" as the "Turkish Penal Law" includes every required article for fighting terrorist activity. He also added that "the package covers improvements that nobody could have even imagined ten years ago. We have made a passive revolution since taking power. We left the dictatorial state approach toward its own people."
Regarding the ongoing peace process with the PKK, Atalay said, "The deceleration and acceleration during the process must be considered normal. The government's motivation is full and the process will be completed." In the first stage of the democratization package, Specially Authorized Courts, amendments to the Code on Criminal Procedure (CMK), and a proposal to amend 22 other laws was accepted two weeks ago.
RELATED TOPICS