No evidence of disagreement between Erdoğan and Gül 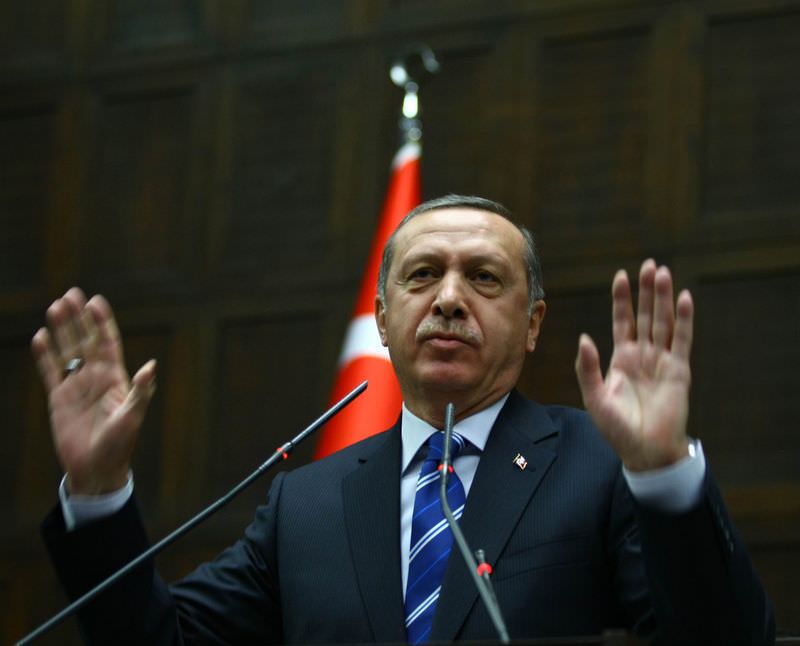 Erdoğan is considered by many to be the strongest candidate running in the presidential election to be held in August. The prime minister confirmed there were no differences of opinion with President Gül

ISTANBUL —Prime Minister Recep Tayyip Erdoğan on Friday commented on the Justice and Development Party's (AK Party) work for the upcoming presidential election that will be held in August 2014. Pointing to the fact that the party is currently making evaluations and conducting a public opinion poll throughout Turkey, Erdoğan stated that the AK Party would announce its candidate after receiving the results of these evaluations.

Refuting speculation about President Abdullah Gül being disturbed by the current consultation process about which candidate will run for the presidency, Erdoğan indicated such a thing was out of the question as they consult on a number of issues and seek to reach conclusions that will provide the best results in the best interests of the Turkish people.

"Such a dispute never occurred or would occur between us since the day we established the AK Party. We always wait for the right time, then make decisions among competent authorities in the proper manner," said Erdoğan, who signaled that both he and Gül share the same ideologies and would come to a mutual decision in a collaborative manner.

After his meeting with Erdoğan on May 1, Gül made remarkable statements in Zonguldak on Friday about the upcoming presidential elections and the prime minister's candidacy in the elections. Noting that it will be the first time the people will be able to elect the president, Gül stated the Turkish people would have the final say in the matter. Explaining that the two would reach a mutual decision with regards to whether Gül or Erdoğan will run for the presidency, Gül said that the prime minister still needs more time to consult and seek advice about the matter. "Other candidates will of course run for the presidency," said Gül, who emphasized the fact that the election rules are clearly set based on democratic principles and values. "The schedule will run as it is known," said Gül, underlining the idea that it is crucial to wait for procedures to be completed in line with the schedule and any sort of political risks and that tensions should not be expected. The president also commented on the significance of freedom of the press and stated all criticism in this respect must be taken seriously, and necessary efforts must be made to overcome shortcomings in the system and underlined the idea that the press allows people to freely express their ideas in the framework of a respectful tone.

Gül also commented on the defense reform outlined in the National Security Council meeting and explained all allied armed forces since the Cold War have made essential defense reforms. "We are one of the few countries that have not made such defense reforms since the 1960s," said Gül, who stated that such reforms were necessary to strengthen the Turkish military in terms of its operations, productivity and deterring powers.

With regards to the introduction of a new electoral system, Gül stated that the Turkish Grand National Assembly would determine which system would be used and that the participation and representation of people in the elections was more important than the electoral system used.

Meanwhile, at his press meeting, Erdoğan also responded to questions about the unlawful recording and publishing of the top secret meeting held at the Ministry of Foreign Affairs in March about the possibility of an attack against Syria if Syrian forces attacked the Suleiman Shah tomb in Syria, which is recognized as Turkish territory.

Pointing out that the wiretapping and exposure of the meeting was conducted by the Gülen Movement, Erdoğan stated that the culprits in the case are being determined by relevant institutions and that the Gülen Movement wiretapped the Office of the Prime Minister.

While opposition parties remain divided about who will be running as the presidential candidate, many sources claim Erdoğan will run as the AK Party candidate and is most likely to win the seat, based on the results of the March 30 local elections as well as the public opinion poll conducted by the Objective Research Council (ORC), indicating over 50 percent of the people would elect Erdoğan as the country's next president.