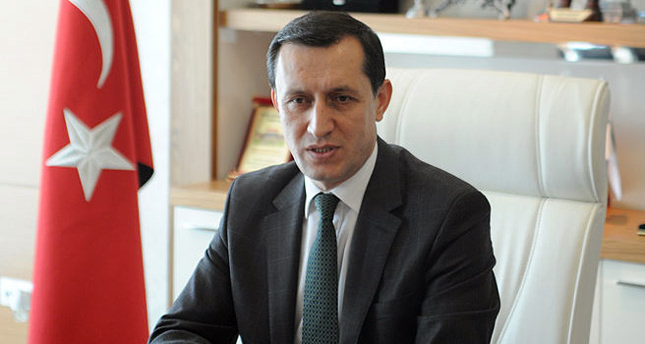 Cabinet member, İşler, defended Erdoğan's reaction in his statement on Twitter and said the Bar chairman was hiding behind his robe and taking advantage of these kinds of ceremonies to criticize the politicians.

Feyzioğlu had criticized the government over the handling of the fallout from the 2011 earthquake in Van in eastern Turkey and said he had greetings from "the people who continue to live in containers in the city of Van,'' during a speech at the Turkish Council of State's (Danıştay) 146th anniversary ceremony.

Erdoğan, who attended the ceremony to mark the court's founding with President Abdullah Gül and Chief of Staff Necdet Özel, rose to his feet at the end of Feyzioğlu's speech, accusing him of a "lack of decorum" and "lies".

The council of state also criticized the speech in a statement released after the ceremony ended saying "the speech included topics that were not related to administrative justice and lawyers, and it disturbed our guests who did not have the right of reply while also hurting the members of the host institution."