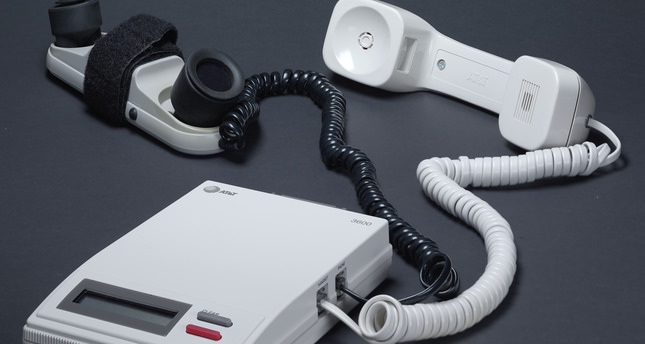 by Daily Sabah May 29, 2014 12:00 am
ISTANBUL — The ongoing investigations conducted by the Telecommunications Authority (TİB) has revealed compelling findings about a high profile wiretapping list allegedly compiled by the Gülen Movement, consisting of prominent state figures, journalists, governors and a number of others from 2008 to 2010. The investigations were initiated by the Ankara Gölbaşı Chief Public Prosecutor's Office following allegations that confidential information at TİB was being exported by agents of the Gülen Movement.

Most recently, it has been revealed that 64 people holding critical positions in state institutions along with others were wiretapped, including top officials providing equipment for the Turkish Armed Forces as well as senior executives of the state's defense institutions. For instance, the heads of the Secretariat of the Defense Industry, including Hanife Nuran İnci, Ahmet Lütfi Varoğlu, Sedat İlhan Güldoğan, Zübeyde Çağlayan, along with Ministry of Defense industry experts, such as Umut Çağlayan, Salih Salihoğlu and more. On the other hand, the wiretapping order of Ömer Faruk Yarman, the general director of HAVELSAN, a software and systems company that provides global solutions in the Defense and IT sectors affiliated with the Turkish Armed Forces, has been extended three times according to findings, and ASELSAN Vice President Melih Tunca and Fikri Gönültaş, as well as Zeynel Koç, the president of Turkey's state television channel TRT, have also allegedly been wiretapped by agents of the Gülen Movement who have infiltrated state institutions.

Findings suggest these figures have been wiretapped for a number of fabricated crimes, including terrorism, narcotics and others, under fake or false names. For example, the late Necmettin Erbakan, a former prime minister who led a number of parties in the 1990s, was wiretapped under the scope of terrorism and under the false name of Huvzullah Gültekin. Additionally, Hüsamettin Cindoruk, the former speaker of the Grand National Assembly, was also wiretapped under terrorism charges. Numerous other politicians including Mehmet Bekaroğlu and Kemal Zeybek, a former minister, have also been wiretapped in the case of a terrorist organization. Republican People Party's (CHP) head secretary Şükran Kütükçü was wiretapped twice under the scope of the İBDA-C (Great Eastern Islamic Raiders' Front) case by a court ruling. Others who have been wiretapped include the doctors of politicians.

The Gülen Movement has been accused of wiretapping thousands of people including famous figures, academics, NGO leaders, politicians and others through their agents at the TİB. It is alleged that they carried out the Dec. 17 operation and have infiltrated state institutions in efforts to establish a parallel state and discredit the government through a defamation campaign. The movement is also accused of wiretapping encrypted phones used by top government officials, as well as using a bugging device to record a confidential security meeting held amongst the foreign minister and intelligence agents on March 21, concerning the protection of the Suleiman Shah tomb, a Turkish enclave in Syria, and leaking this recording to YouTube. Fethullah Gülen, the movement's leader, is currently in the U.S. and may be facing extradition.
Last Update: May 29, 2014 9:29 am
RELATED TOPICS