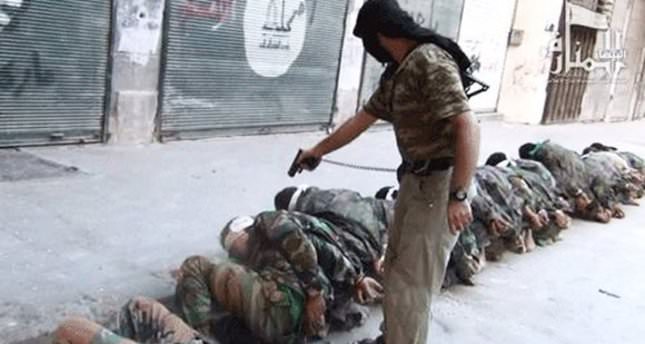 by Daily Sabah Jun 19, 2014 12:00 am
Turkey has removed the Nusra Front from under the umbrella of al-Qaedaaffiliated groups and designated the organization as an independent terrorist group in accordance with a U.N. decision
issued on June 2.

Turkey has added the al-Qaeda-affiliated Nusra Front, fighting in Syria against Syrian President Bashar Assad's regime and other opposition groups, to its list of terrorist organizations, under a recently passed bill preventing the financial endorsement of terrorism on June 3. Although the organization was previously under the umbrella of al-Qaeda, after the change made yesterday it has been listed as an independent organization by the Turkish government. The news in some media outlets, claiming that Nusra was excluded from the terror list was wrong as the only change was on the organization's status. The change was made in accordance with a U.N. decision, issued on June 2. According to the change, Turkey will freeze the assets of those who are affiliated with Nusra. Nusra presents itself as a group affiliated with al-Qaeda, however, comprises Syrian people and aims to topple the Assad regime to establish a new one, governed under strict religious jurisprudence. The organization is ruled by Abu Mohammed Al-Jawlani, about whom there is very limited information.

The organization not only fights against regime troops but also with other opposition groups, including the Islamic State of Iraq and al-Sham (ISIS).
After ISIS, which was previously affiliated with al-Qaeda, saw its operations in Iraq spill into Syria, Nusra denied its legitimacy and wanted the group's fighters to declare their obedience to Al-Jawlani. Yet, ISIS rejected this demand and the two groups declared war on each other. ISIS dismantled itself from the globally established al-Qaeda organization, which is recognized as a terrorist organization by a large number of states, including the U.S., EU countries and Turkey. After Nusra claimed that it was the only al-Qaeda branch in Syria, ISIS denounced Nusra fighters as apostates.
Last Update: Jun 19, 2014 1:14 am
RELATED TOPICS