Turkey and Macedonia to improve relations 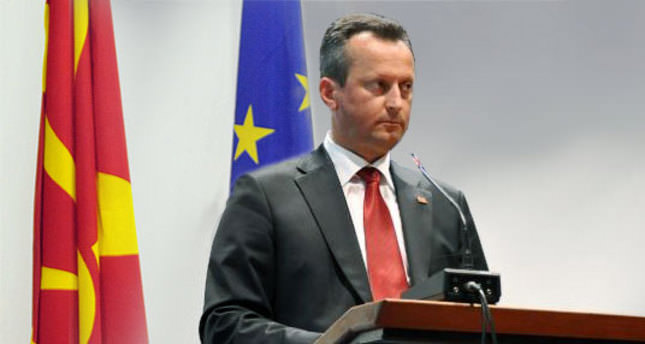 Cemil Çiçek, the speaker of the Turkish Grand National Assembly (TBMM) has accepted Trajko Veljanovski, his Macedonian counterpart on Friday to discuss the current state of events throughout the region and strengthen bilateral relations between the two countries.

Touching upon the significance of establishing stability in the Balkans, Cemil Çiçek stated all neighboring countries are negatively affected during times of crisis which was shown by the conflicts in Syria, Iraq and Ukraine. "Peace and stability in the Balkans will work in favor of both Turkey and Macedonia and the world" said Çiçek, who called Macedonia a key country in the Balkans. Expressing that this was the third time Veljanovski was elected as the speaker of the Macedonian parliament, Çiçek noted he was pleased with the establishment of the new government in the country and wished them success. Indicating that there is strong cooperation, dialogue and determination between the two countries, Çiçek underlined the fact that as deputies and speakers of the parliament it is crucial to contribute to the efforts and remarked he was pleased with the current situation. On the other hand, Çiçek explained strong political relations lead to stronger economic, trade and cultural relations. With regards to the economy, Çiçek expressed they aimed to increase the volume of trade to $1 billion and noted they encouraged Turkish businessmen to do business in Macedonia, which he claimed would benefit both countries and strengthen cooperation.

Likewise, Çiçek expressed there are significant cooperation initiatives in Macedonia as it is a home for numerous Ottoman monuments and
explained the Turkish Cooperation and Coordination Agency (TİKA) is leading various projects to restore these monuments. He stated this contributed greatly to Macedonia's tourism and cultural heritage while thanking Veljanovski for their cooperation. Likewise, Çiçek also touched upon Turkey's support for Macedonia in its membership for the United Nations Human Rights Council and demanded the same from Macedonia for
Turkey's temporary membership in the UN Security Council for 2015-2016.

Veljanovski also expressed his pleasure about his visit and stated there were strong relations between the citizens of both countries while he thanked President Abdullah Gül and Prime Minister Recep Tayyip Erdoğan for their consistent political support for Macedonia. In response to Çiçek's cooperation calls, Veljanovski stated Turkish identity was highly respected in Macedonia and Turkish people contribute to the country's multicultural nature.

Both leaders underlined the significance of the relationships of Balkan states with the European Union while Çiçek stated Turkey hopes to see Macedonia improve its relations with the EU.
RELATED TOPICS