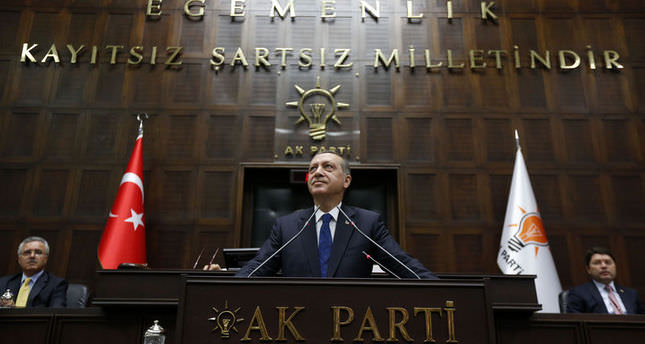 If passed in the Parliament, the six-article "Draft Law to End Terrorism and Strengthen Social Integration" would authorize the government to assign individuals or organizations to establish dialogue with any individual or group related with the issue.

The law is expected to be endorsed before July 25 when the paliament is due to enter summer recess.

- The government to determine the necessary political, judicial, socio-economic and cultural steps to be taken in its bid to end terrorism and stregthen social cohesion.

- It will take the necessary measures to ensure that those who lay down their arms will return home and participate in social life.

- It will provide the public with fast and accurate information regarding the measures taken as part of the process.

- It will monitor the outcome of the measures taken and maintain coordination with relevant groups and institutions.

- Necessary works will be done in terms of introducing new legislations regarding the process.

Commenting on the draft law, Turkey's Interior Minister Besir Atalay said Friday that the bill would provide a framework for the future measures to be introduced as part of the solution process.

"If new legislative amendments are needed, they will come to the parliament to be debated and approved," he said.

The government pledged democratic reforms to empower minorities, particularly the Kurdish minority, which is by far the largest forming 18 percent of the population.