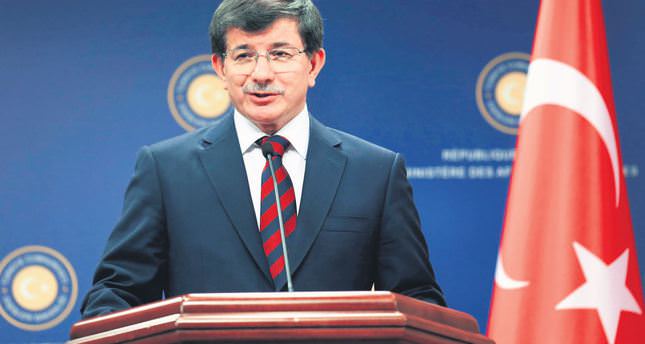 Turkey and Uzbekistan are to open a new chapter in the bilateral relations through increased economic and political cooperation. The two countries also announced their intention to resolve past disputes

Foreign Minister Ahmet Davutoğlu's three-day visit to Uzbekistan starting today is seen as an effort to establish dialogue and improve bilateral ties that have suffered due to numerous political disputes described as misunderstandings.

Turkish Foreign Minister Ahmet Davutoğlu is scheduled to visit Uzbekistan from July 10-12 to hold bilateral talks and revive Turkey-Uzbekistan relations. Davutoğlu's visit comes after 13 years since the beginning of a new era in terms of bilateral relations. His visit is aiming to reignite the relations that halted due to political disputes and functionalize the dialogue and negotiation channels between the countries. In his statement, Davutoğlu said that there has been a halt in Turkish and Uzbek relations since 2006 due to misunderstandings, but now the countries are trying to ensure diplomatic contacts to salvage the relations. "This will be a new and stronger beginning," said Davutoğlu, highlighting that Turkey and Uzbekistan are sister countries and share a cultural legacy. Davutoğlu added that officials will discuss the steps to be taken to uphold relations as part of their action plan.

In 2012, Davutoğlu and his Uzbek counterpart Abdulaziz Kamilov convened at U.N. headquarters in New York and Davutoğlu's upcoming visit was discussed. To ensure a positive atmosphere, the countries reached an agreement to organize a cooperation plan for 2013 to 2015.

In 2014, an important step reviving the relations came with Turkish Prime Minister Recep Tayyip Erdoğan's meeting with Uzbek President Islam Karimov where they displayed a compromising stance in order to develop bilateral relations.

The countries' foreign ministers last convened at the Conference on Interaction and Confidence Building Measures in Asia (CICA) where Davutoğlu said that the meeting will give new momentum to the relations between the countries.

Speaking to Anadolu Agency, Turkish Ambassador to Tashkent Namık Güner Erpul said that in addition to the positive developments in 2014, Uzbekistan's announcement that it will support the nomination of Turkey to the U.N. Security Council's temporary seat was an important step in relations.

Erpul noted that the Turkish foreign minister's visit is an important step to present a roadmap for mutual cooperation. Uzbekistan Ambassador to Ankara Ulfat Kadirov said that trade relations between the two countries have a huge potential that can be used. He said the tourism between the countries lagged behind its potential and that the two countries share the same cultural legacy, thus tourism should gain momentum in this regard.
RELATED TOPICS