Erdoğan to take presidency seat in the first round, pollster predicts 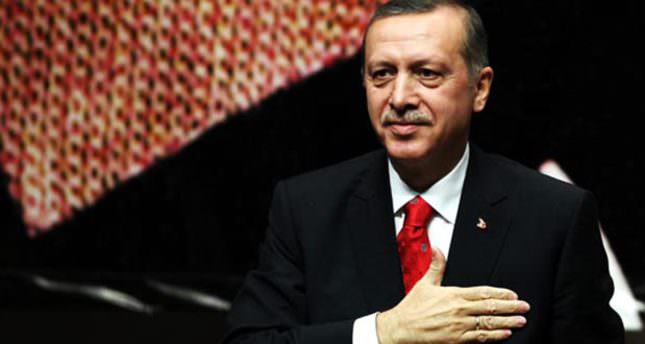 by Daily Sabah Jul 14, 2014 12:00 am
The latest poll, conducted by an Ankara-based pollster, has current Prime Minister Recep Tayyip Erdoğan winning the Aug. 10 presidential elections by a landslide margin. The Objective Research Center (ORC) interviewed 3,650 people in 34 cities from July 4 to 9, predicting that AK Party presidential candidate Erdoğan would win by a landslide, gaining 54.6 percent of the votes. Should Erdoğan gain the votes predicted by the ORC, he would win in the first round of the election on Aug. 10 as he would garner the absolute majority of the votes. According to the ORC's survey Republican People's Party (CHP) and Nationalist Movement Party (MHP) joint candidate former Secretary-General of the Organization of Islamic Cooperation (OIC) Ekmeleddin İhsanoğlu would receive 37 percent of the votes.

Pro-Kurdish People's Democratic Party (HDP) candidate Selahattin Demirtaş, who is a popular figure among Kurdish people, would lag far behind in the presidential race with 8.4 percent as the ORC suggests.

Pollmark's survey predicted that AK Party candidate Erdoğan would receive 51.4 percent of votes while Ekmeleddin İhsanoğlu would receive 39.4 percent. Demirtaş would only take 7.2 percent of the votes, the poll said. Also, Pollmark's poll indicated that Erdoğan might take the presidential seat in the first round of the election.

GENAR released a public survey regarding the presidential election. The survey predicts that Erdoğan would win 55.2 percent of the vote as Eklemeddin İhsanoğlu would stay on 35.8 percent.