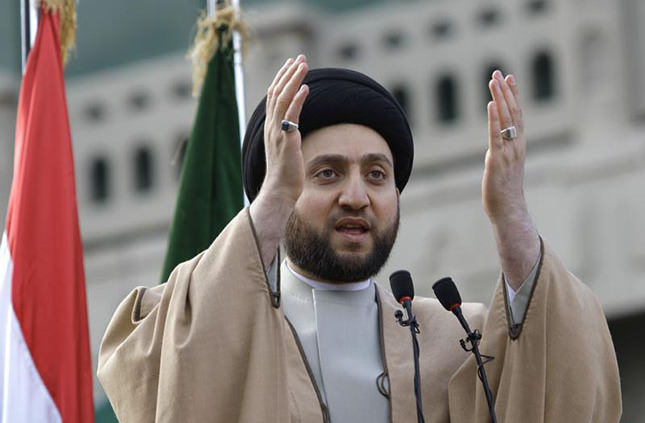 by Meryem Ilayda Atlas Jul 19, 2014 12:00 am
The Religious Affairs Directorate of Turkey (Diyanet) brought together Islamic scholars from a hundred countries at the "World Islamic Scholars Initiative for Peace and Common Sense" summit in Istanbul. Guests included scholars from regions such as Syria and Iraq, where sectarian violence is tearing up the countries. The aim is to build-up on the appeal issued by the head of Diyanet, Professor Mehmet Görmez, who is calling for the restoration of common sense among Muslims to put an end to the killings in Iraq and Syria in particular and all over the world in general. At the summit, Daily Sabah had the opportunity to talk to the general secretary of the Al-Hakim Foundation, Dr. Ali El-Hakim.

What's your perception of the Islamic world today? What is the biggest threat facing Muslims?

The biggest threat for the Islamic world is internal clashes. There are two causes behind this. One is controversy and the other is conflict. Controversy is natural. We all may oppose each other from time to time. I can oppose your stance or opinion. I may understand religion differently from the way you do. This is not shameful or something to criticize. Danger arises whenever this controversy transforms into conflict. The issues we are divided on become issues of contention and then some aggravate the matter, resulting in violence. Respect is destroyed and ideas clash. On a religious matter, I voice my opinion. You may do the same. However, once violence is introduced, our religious beliefs clash too. Then one tries to impose one's beliefs onto another through coercion. In my opinion, this is one of the most dangerous threats.

What do you expect from this summit on the future of Islam?

Meetings that bring such scholars together are always useful. We have lost Islam's voice of common sense in our regions. Every day, the only thing we see is force. Turkey has established a system that protects its religion and religious values and is an exemplary civilization. It sets an example. In Turkey, people's beliefs and lives may be different. That's what makes Turkey an example worthy of emulation. There will be differing perspectives and opinions in this meeting and that will set it apart from the rest. This meeting will allow competing voices to be heard. As I noted in my speech, Turkey needs to play a more inclusive and comprehensive role. Turkey should not take sides in the region. Turkey needs to show the way. Taking sides would weaken Turkey. It would turn it into just one of the sides. We want Turkey to be an inclusive and objective country.

So you think the conclusion of the summit will be taken seriously by those who are shedding blood in Iraq or Syria? What would you tell them?

I divide such matters into two. Those who lead and those who follow who are mostly ignorant and are responsible for the violent acts. These are people who have truly lost their humanity. They are fed with mistaken opinions and urges and that's why they follow such leaders.

They have a constant urge to kill. In my opinion, these people are deceived. However, the key leaders are people who can be hired by states. There is nothing that links such people with Islam. These are not religious but political initiatives. When confronting these people, it is important to focus on their political objectives because these people do not represent Islam. If one looks at the matter from a political perspective, those ignorant people who support such leaders due to their skewed religious understanding will immediately disperse.

Do you think the conclusion of this summit could be something institutional? What type of objective should be set?

Something can only come out of this meeting if a delegation is formed and work continues. We need to work on it. This delegation needs to visit every group or community and tell them what is expected of them. If there are no concrete steps taken, it will be just like one of those meeting where we all talk and then go our own ways. As [Turkish Religious Affairs President] Mr. Mehmet Görmez said earlier, we need to come together and decide on certain essential issues. What I'm suggesting is not the usual issuance of a fatwa. I want to reach decisions that we can agree on and that preserves the core of our religion.