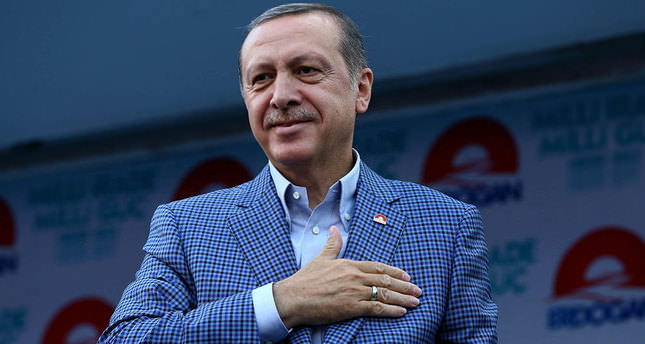 by Ali Ünal Jul 20, 2014 12:00 am
AK Party presidential candidate and Prime Minister Recep Tayyip Erdoğan will meet with leaders in the Alevi community, representatives of nongovernmental organizations and academics who specialize in issues concerning the Alevi community at an iftar meal tonight in Ankara.

Sources at the prime ministry recently stated that the government is working on the new reform package that will attempt to tackle problems facing the Alevi community. The government is expected to launch the new package just after the presidential election on Aug. 10. Therefore, many consider this meeting to be an indicator that Erdoğan will quickly pursue what has been termed the "Alevi opening," in reference to a series of possible reforms to address the communities' grievances against the state, if he takes the presidential seat. "We will gather with Alevi leaders to evaluate the current situation and draw plans for the future," Deputy Prime Minister Emrullah İşler said in reference to the iftar meal.

Government officials and Alevi figures are expected to discuss the draft reform package. According to sources in the government, the key point in the reform package will be the status of cemevis. Currently, the cemevi, which literally means a house of gathering, is not officially acknowledged as a place of worship despite persistent demands by the country's Alevi community to officially sanction them. However, the reform package will allow for cemevis to be recognized as places of worship. The reform package will likely also offer Alevi religious figures (dede) a salary after they are officially certified as a "religious leader." Moreover, the plan aims to get all Alevi and Bektashi associations and foundations affiliated with the Foundation of Hacı Bektaş-ı Veli and suggests establishing a new Deputy Directorate under Directorate of Religious Affairs (DİB) to work exclusively on Alevi's issues.

In previous years, the AK Party government has taken a series of steps to understand and respond to Alevi identity-based claims. AK Party-Alevi relations, which had for a long time been in a stalemate, have become much more dynamic with the AK Party's second term in government. The government initiated the "Alevi Opening" in 2010, a belated yet sincere attempt to understand the "Alevi Issue" and respond to the demands of Alevi citizens. The Alevi opening was put on the agenda of the government as part of the Sept. 30 democratization package, but later was postponed on the grounds that there was no institution to represent Alevis in Turkey. Therefore, the only measure implemented under the proposed opening was the decision to rename Nevşehir University as Hacı Bektaşi Veli University.