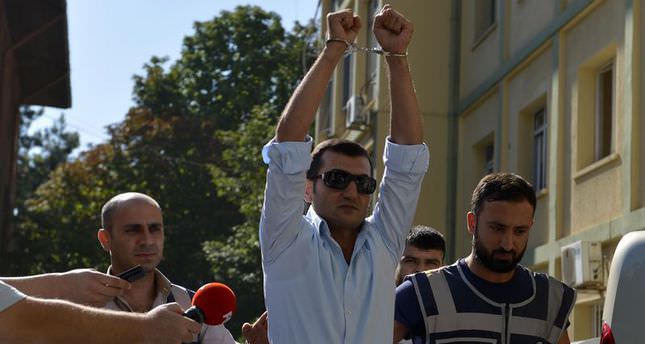 by Daily Sabah Jul 22, 2014 12:00 am
According to a statement released by the Istanbul Public Prosecutor's Office on Tuesday, officers and police chiefs with ties to a shadowy-structure within the police department – implying the the Gülen Movement, led by Fethullah Gülen who lives in self-imposed exile in rural Pennsylvania -- created an imaginary terrorist organization to wiretap thousands of people, including Prime Minister Recep Tayyip Erdoğan.

The statement denied the existence of the so-called 'Tawhid-Salam terrorist organization' does not exist, but many people have been illegally wiretapped for spying purposes.

The prosecutors' office ruled for 'lack of grounds for legal action and dismissal of charges' for all 251 people, who were accused of being a member of the organization.

The statement expressed that, the investigation pertaining to the involvement of 251 people in the so-called Tawhid-Salam case which was conducted since 2010 under the scope of the 10th article of the Counter-Terrorism Law (which is now void) and ruled that the charges have been dismissed due to the fact that there is no evidence about the establishment of a terrorist organization.

It was also expressed that the case was fabricated to target 251 people and wiretap a total of 2,280 people for a period of three years. "An order of arrest was issued for 76 police officers while 67 are currently in custody for involvement in spying through the wiretapping of the Prime Minister and ministers of the Turkish Republic, the wiretapping of the Chief of Turkey's Intelligence Agency (MİT) under a code name" read the statement, expressing that the rest of the suspects are in the process of being arrested. It was also stated that amongst those wiretapped under fake names included deputies, judges, journalists, senior bureaucrats, leaders of non-governmental organizations, academics and more for the purposes of spying and blackmailing.

Tawhid-Salam was originally a complicated terrorist organization case dating back to the 1990s when a group financed by Iran published magazines and newspapers and had controversial ties to Hezbollah and other terrorist organizations. However, the 21 year old case was reused by agents of the Gülen Movement who collected people from different backgrounds under the same umbrella solely for the purpose of wiretapping and spying. A detention order on Tuesday was given for 76 police officials while 67 of them are currently in custody. The charges laid for suspects include "Forging the content of official documents", "misconduct", "blocking access, manipulating and deleting data processing system", "obtaining information pertaining to state security" and "violating the confidentiality of communication". It is stated that the main reason behind the arrest order is the wiretapping of thousands of people for the Gülen Movement.

Currently, the Gülen Movement is accused of infiltrating into Turkish state institutions through Gülenist agents in efforts to take over and attempt a coup. The movement is accused of wiretapping thousands of people including politicians, senior officials, and prominent figures and more under fake terrorism related cases as well as false identities. Fethullah Gülen, the leader of the movement who lives in the US in a self-imposed exile is currently facing treason charges and the Turkish government may request his extradition from the United States if he is found guilty.