FAA extends travel ban to Israel for another 24 hours 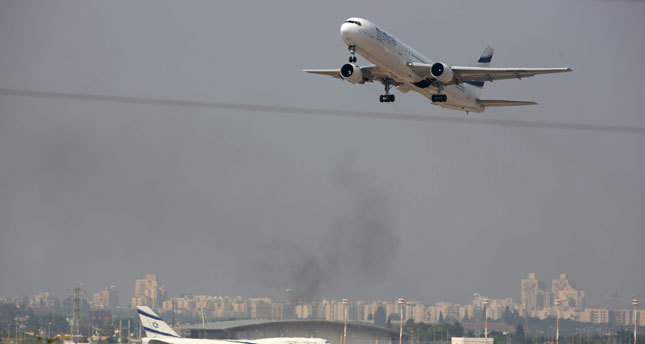 by Anadolu Agency Jul 23, 2014 12:00 am
The Federal Aviation Administration banned all its flights to Israel on Thursday after missile attacks landed near to Tel Aviv Ben Gurion airport and FAA decided to extend flight restriction for up to an additional 24 hours.

Delta Airlines,Germany's Lufthansa, Air France and Air Canada have also canceled flights to Tel Aviv amid the increasing violence. Dutch airliner, KLM, also cancelled Flight 461 from Amsterdam to Tel Aviv because of the unclear situation at and around the airport.