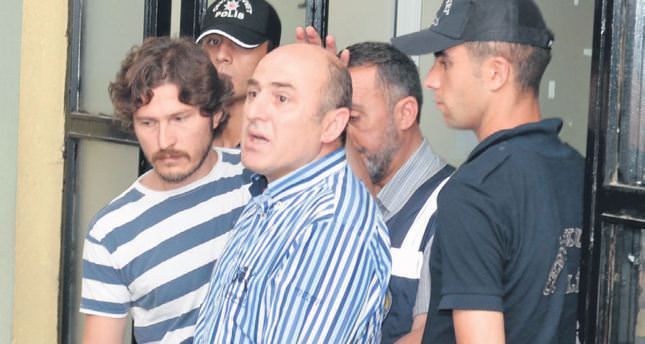 by Daily Sabah Jul 24, 2014 12:00 am
Gülen Movement-linked police officers, including department chiefs, were detained in pre-dawn raids conducted on Tuesday for illegally wiretapping thousands of journalists, politicians, academics and other prominent figures, including Turkish Prime Minister Recep Tayyip Erdoğan. Speaking to the Turkish newspaper Sabah, lawyers commented on the operation that was launched as part of an investigation into illegal wiretaps used under the guise of a probe into the nowdefunct Tawhid-Salam terrorist organization.

One lawyer Celal Ülgen, stated that precautions should be taken to prevent Gülenists, who infiltrated the police and other key governmental institutions, from fleeing abroad. Ülgen said, "Some people working in the media and judiciary may be taken into custody after Tuesday's operation. Certain names [in the media and judiciary] were the ones who are responsible for plotting and political deceit."

Ülgen noted that police officers were just pawns of Gülenists in the media and judiciary and the operation has to reach the names behind the police officers. "This operation is the 'first wave' against the movement. I assume that arrests will continue just like in the Ergenekon case," asserted Ülgen.
Lawyer İrem Çiçek implied that most of the people taken into custody were in positions of authority during the Ergenekon and Sledgehammer (Balyoz) cases, a series of high profile trials in Turkey in which some 275 people that were accused of plotting against the Turkish government. Çiçek said her colleagues and herself filed criminal complaints against police officers in the Ergenekon and Sledgehammer cases and that they demanded justice.

Many people who are imprisoned or awaiting trial after years of imprisonment in coup attempt cases stated that they will follow the operation against the Gülenist officers and will seek coplaintiff status in possible upcoming trials.
RELATED TOPICS