Gülenist campaign donations to US Congressmen under the spotlight 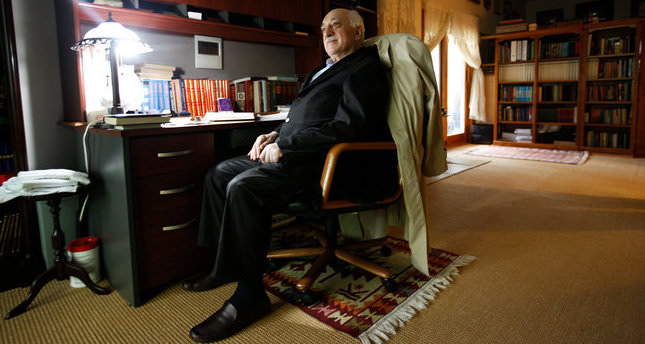 by Ragıp Soylu Jul 25, 2014 12:00 am
The esoterically religious and political Gülen movement based in Turkey has recently been the focal point of races for U.S. Congress due to its financial contributions, American news outlet Buzzfeed reported yesterday.

The movement, led by Turkish cleric Fethullah Gülen who is in self-imposed exiled in Pennsylvania, had been donating tens of thousands of dollars to buy U.S. influence, according to the report. "Liberal Democrats like Yvette Clarke, Sheila Jackson Lee, and Al Green, and conservative Republicans like Ted Poe and Pete Olson have all benefitted from donors affiliated with Gülen in one way or another," the report said.

The Gülen Movement is currently in an open war with Prime Minister Recep Tayyip Erdoğan's government due to a corruption inquiry triggered by Gülenist prosecutors and police forces in an effort to shape Turkish politics. Erdoğan accused Gülen of attempting a civilian coup inside the state through mass arrests of famous businessmen and politicians close to the government. Since then, Gülen's activities in the U.S., including his vast network of charter schools and educational companies, have been under the spotlight of both Turkish and American media. The Buzzfeed report says that the donations, taken together, comprise significant totals for some U.S. House members.

For instance, a Gülen operative had donated $23,000 (TL 48,063) to Texas Rep. Sheila Jackson Lee in October 2013 - a large sum considering Jackson Lee raised only a little more than $130,000 this cycle in individual contributions - according to documents filed with the Federal Election Commission.

Actually, the Gülen Movement's donation strategy is nothing new for Turkish readers. A detailed review of donations by Turkish citizens in election files had showed that Gülen has been transferring huge amounts of money to candidates from both parties since 2006. Over $1.5 million have been contributed to a variety of politicians from President Barack Obama to Texas' Republican Governor Rick Perry, who notoriously suggested the exclusion of Turkey from NATO and claimed that terrorists had run the Turkish government.

Burak Yeneroğlu, a well-known Gülen associate and owner of the Bayrock Natural Stone, donated $652,000 to Obama's re-election campaign in 2012, ranking 96th on the list of top benefactors.

Yeneroğlu, a member of the Democratic Party's National Finance Committee, was also invited to Obama's annual iftar dinner in the same year. The influential businessman has been co-sponsoring Gülenist Turkish Cultural Center's activities and is a well-known contributor of D.C. based non-profit Turkic-American Alliance.

During the 2012 presidential election campaign, nine Gülenists from the Rumi Forum, Apple Educational Services and the American-Turkish Friendship Association joined Obama's dinner on behalf of the movement and each donated $38,500.

The Gülen Movement is even organizing free trips to Turkey for members of Congress and State lawmakers. A LegiStorm search shows that between 2000 and 2014 over $3 million was spent on American lawmakers' trips to Turkey. Detailed inquiries have shown that almost every journey was organized by Gülen-affiliated associations.
Last Update: Jul 25, 2014 3:24 am
RELATED TOPICS