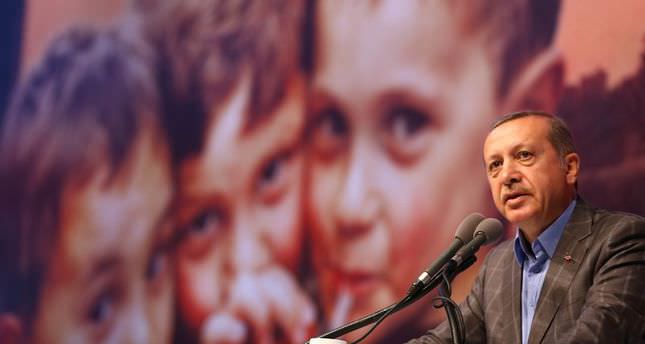 Gallup World Poll says while 60% of ethnic Turks are satisfied with Erdogan's leadership, this rate hits 67% among ethnic Kurds.

The Broadcasting Board of Governors, the U.S.' independent federal agency that oversees the U.S. civilian international media, released a report on political tendencies and contemporary media use in Turkey basing on 10 Gallup surveys conducted in Turkey since 2005.

Despite of being critical Turkish government's attitude toward the media freedom, the agency's report found that 59% of Turkish people are satisfied with performance of Erdogan as their leader.

The report put that while 60% of ethnic Turks are satisfied with Erdogan's leadership, this rate hit 67% among ethnic Kurds.

It also noted that 68% of rural population support Erdogan, while this rate remained at 56% among urban population.

The confidence of Turkish people in the government is still as high as 68%, although this represents a drop of 18 percent over the last nine years.

It also found that Turkish people's satisfaction with living standards increased ten percent in ten years, rising from 44% in 2005 to 57% in 2014.

A vast majority of Turkish adults are more optimistic about the future in 2014, the report noted.