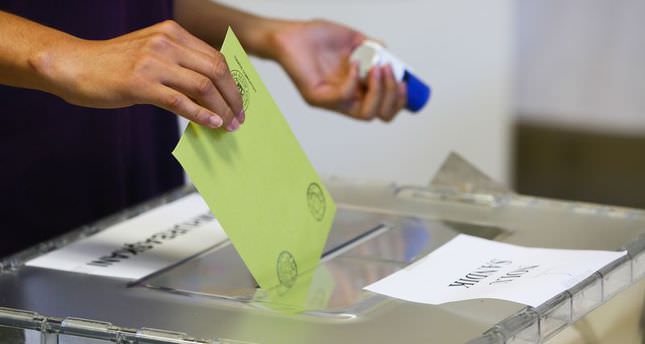 Şivgan said, "There has been no problem [with the voting process] and we [officials] do our best to ensure a safe and democratic voting process."

Only 12 expat Turks have voted at the Habur customs gate in the southeastern city of Şırnak province's Silopi district since voting at customs gates began on July 26.

Voting has also been continuing at the Sarp border crossing between Turkey and Georgia in the northeastern city of Artvin. Expat Turks in this region can also vote at the airport in the southern city of Trabzon. Casting his vote at Trabzon Airport, Ömer Satılmış, an expat Turk who lives in Belgium, said that this was the first time he cast a vote since 1994.

Mümin Atmaca, a Turkish citizen who has lived in Germany for 35 years, said that he is happy about the new amendment on the presidential election and that it was the first time he voted since he started living in Germany.

Salih Şakar, who voted at the Sarp customs gate, said that a president elected by a popular vote will be more beneficial for the country.
828 expat Turks at Bodrum-Milas airport, 521 at Dalaman airport, 30 at Marmaris Port, 37 at Fethiye Port and 75 at Bodrum Port have cast their votes for the presidential election in western Turkey.

According to the electoral schedule of the Supreme Election Board (YSK), Turks who live abroad but presently are in Turkey can vote at the gates until the first round of the election is held on Aug. 10. If one of the candidates does not receive an absolute majority, voters will be able to cast their votes between Aug. 17 and Aug. 24 for the second round of the election. Turks living abroad are able to vote at one of the 42 customs stations, including land gates, airports and ports.