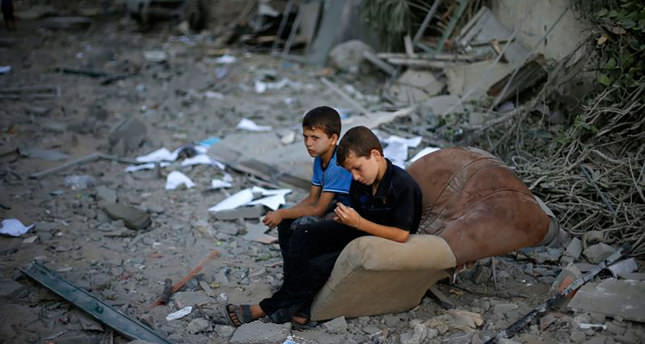 by AA Aug 02, 2014 12:00 am
Journalists led by Media Trade Union (Medya-İş) announced that they will protest ongoing massacres in Gaza in front of the Israeli Embassy in Ankara on Monday at 3:00 pm.

Media Trade Union officials said that they were deeply concerned that civilian casualties were on the rise due to increasing scale of Israeli attacks, and most casualties were women and children. The trade union also stated concerns about press members being targeted by Israeli forces in recent days.

Various NGO's and press members are expected to participate in the protest.