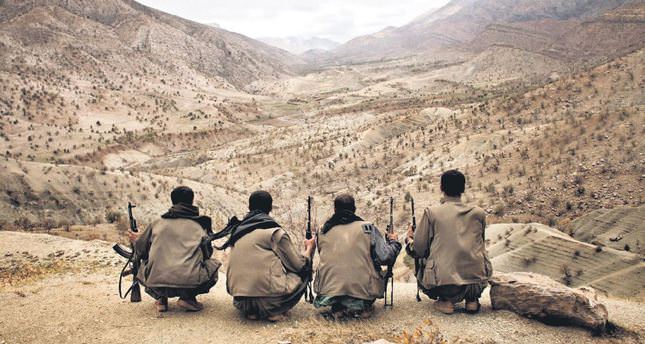 After Turkish government brought the reconciliation process to a legal ground in July, it is now drawing a roadmap to accelarate the process to disarm the PKK and allow its members to return home

Last month the Turkish Parliament ratified a six-article bill to set a legal framework for the ongoing reconciliation process. Sources close to the Prime Ministry believe that the government is working on a new road map to intensify the process through bold steps and that this new package is expected to be announced after the presidential election.

Deputy Prime Minister Beşir Atalay, who is also responsible of coordinating the ongoing Kurdish reconciliation process, said on Friday that the government has been working on a road map that is expected to accelerate the process. Regarding the timing of the package, Atalay said, "It won't be late. We will draw up our road map during the summer." Thus, sources expect that a new package will be announced in August and that the new road map will be ready to be implemented within the shortest time. The new road map is expected to consist of concrete measures for disarmament and rehabilitation processes. Disarmament of PKK members constitutes one of the important stages of the process. According to sources at the office of the prime ministry, the roadmap for the reconciliation process is as follows:

First, legal ground will be settled for those from the PKK who give up their arms and want to reintegrate into society. Relevant articles in the Turkish Penal Code (TCK) will be revised to clarify the conditions for organization members. However, membership in a terrorist organization will remain a crime according to law. Second, disarmament of PKK members is planned to be conducted in accordance with warranted legal ground. Certain disarmament areas will also be specified by the state. Support of the Supreme Court and Council of State will be sought for regulating the repentance law.

The third step will be a roadmap that includes a timeline for those who want to give up their arms and return home, a senior official from the Prime Ministry said.

The aforementioned process for PKK members who have fled to several countries in Europe is anticipated to be two years. These conditions, on the one hand, are the same for old PKK members who start-up businesses in Iraqi cities like Irbil and Sulaymaniyah. On the other hand, the conditions for the returning process are different for the top echelons of the organization like Cemil Bayık and Murat Karayılan, who are on Interpol's Red Notice.

Considering the fact of society's sensibility, different options for these figures are on the table. One of the most probable options for the cadre of PKK leaders is to permit them to settle in European countries.

In addition to the above, concrete steps will also be taken, according to sources in the Prime Ministry's office - a committee will be established for negotiating with the Kurdish diaspora in Europe as well as one in Irbil to monitor the return of PKK members by designating certain entry points on the borders. Experts from the Undersecretariat of Public Order and Security of the Ministry of the Interior will authorize conducting the negotiation process on a technical basis.

Evacuation of PKK camps is also a part of this roadmap. The PKK has eight different camps including the Mahmur Camp (a prominent recruitment camp), which are all going to be evacuated simultaneously along with Qandil, which is the headquarters for the PKK.

Children born in these camps are accepted as refugees according to the U.N., and therefore, their return can only be possible voluntarily.
All of this is expected to be solved by government institutions like the Minister of Internal Affairs and Ministry of Justice, which are authorized to regulate the availability of PKK members to military service, which is obligatory in the Turkish Republic.

Sources also said that the Turkish Republic's social welfare funds are planned to be used for social aid to reintegrate members who return home
and that regional commissions will be established under the umbrella of development agencies. These commissions will work to apply economic programs to bolster the socioeconomic conditions in south-eastern Turkey.

On top of that, Diyarbakır, Batman and Mardin are expected to be selected as business centers for old members of the PKK who want to rejoin society and start work on a regular basis. Sources said that they do not want the reconciliation process to be interrupted. Consequently, they plan to organize social campaigns with the help of prominent NGOs in order to maintain public support for the reconciliation process while these stages of the road map are implemented. They also said that they will not hesitate to ask for help from different social groups and organizations to conduct a healthy process.
Last Update: Aug 05, 2014 4:56 pm
RELATED TOPICS