Turkey in talks over air corridor to evacuate wounded Palestinians 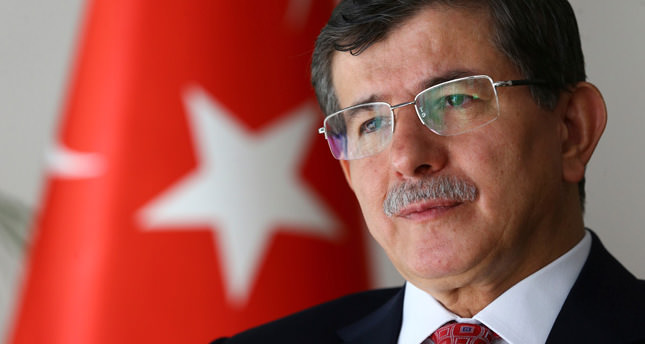 by Aug 07, 2014 12:00 am
Turkey is in talks with Israel and Egypt about establishing an air corridor to provide humanitarian aid to Gaza and evacuate potentially thousands of injured Palestinians for treatment in Turkey, Foreign Minister Ahmet Davutoğlu said on Wednesday. "Yesterday I spoke with (Palestinian) President Abbas and we want to get the injured people, thousands of them. They need urgent medical therapy, and we have already allocated places in our hospitals for them," Davutoğlu told Reuters in an interview. "We are talking with both Egypt and Israel to have an air bridge to send humanitarian assistance ... If permission is given, our air ambulances will be carrying these passengers."

Israel had pounded the blockaded Gaza Strip-home to 1.8 million people-since July 7. At least 1867 Palestinians, mostly civilians, were killed and 9450 have been wounded in the unrelenting Israeli attacks. The Israeli army, for its part, confirmed the killing of 64 troops in Gaza combat operations.

Turkey has welcomed Egypt's proposal of a 72-hour ceasefire in Gaza that came into effect at 08:00 local time on Tuesday. Turkey urged Israel to stop its attacks on the Gaza Strip and called on both sides to avoid any steps that would violate the three-day ceasefire. "We wish that this truce will form the required basis for negotiations to reach a lasting ceasefire in Gaza," a statement by the Turkish foreign ministry read.

Turkey has stepped up humanitarian assistance to an estimated 1.5 million people internally displaced by violence in northern Iraq's Kurdish region, Turkish Foreign Minister Ahmet Davutoğlu told Reuters on Wednesday. "We have sent thousands of tents as well as more than 200 trucks ... and there will be additional humanitarian assistance because in the Kurdish region, (Iraqi Kurdistan President Masoud) Barzani told me they now have 1.5 million IDPs," Davutoğlu said in an interview. "So this turmoil is really a threat to regional stability, not only to Turkey, to everybody," he said, adding Turkey would take all necessary measures to keep stability around its borders.