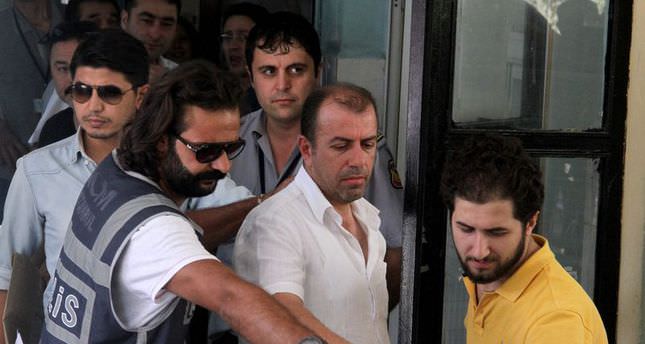 by Anadolu Agency Aug 08, 2014 12:00 am
Arrest warrants have been issued by prosecutors in Istanbul for 17 suspects detained on illegal wiretapping and espionage allegations.

The Istanbul's chief public prosecutor's office objected on Friday to the release of 17 out of 38 suspects detained in the recent espionage operations.

The investigation is the second major inquiry into police officers accused of conducting illegal wiretapping operations.

The anti-corruption operations follow a December 2013 probe which led to the arrest of several high-profile figures, including the sons of three former government ministers and leading business people.

All those detained in December have been released pending trial.

Fethullah Gülen, is a controversial imam living in rural Pennsylvania in self-imposed exile, who is at odds with the Turkish government wielding great influence inside the Turkish police forces and the top judiciary.