Binali Yıldırım: All AK Party deputies have the qualities to become PM 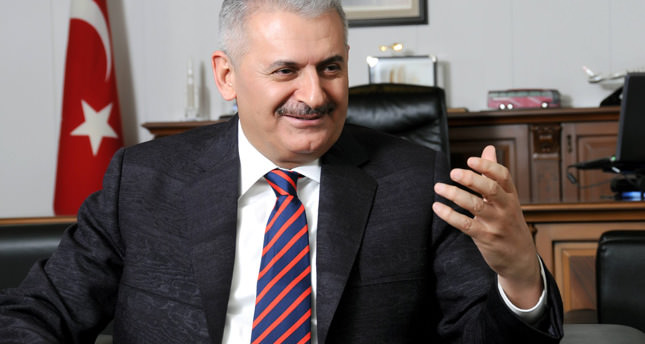 by daily sabah Aug 09, 2014 12:00 am
On a televised interview on Thursday, former Transportation Minister Binali Yıldırım - being considered to fill the role of the new prime minister - stated that once Prime Minister Recep Tayyyip Erdoğan is elected as the next president, the party will not have trouble selecting the next party leader and prime minister. "AK Party is a party that developed a well corporate identity. It has 12 years of experience. We have 313 members [in Parliament]. All our members display the qualities needed for the prime minister's position," Yıldırım said. Deputy Prime Minister Bülent Arınç has recently stated that President Abdullah Gül is likely to be the next prime minister and AK Party leader if Erdoğan is elected president by the Aug.10 election, adding that, if Gül is not the next prime minister there are other alternatives. Arınç said: "With his personality and success in the presidency, Gül is a significant candidate. But if he does not take over the duty, this is not the end of the world. There are also friends [AK Party officials] who will work as much as Gül within the AK Party." Arınç said that since Gül is one of the AK Party's founders and it's first prime minister, taking the duty of prime minister is completely Gül's own decision.
RELATED TOPICS