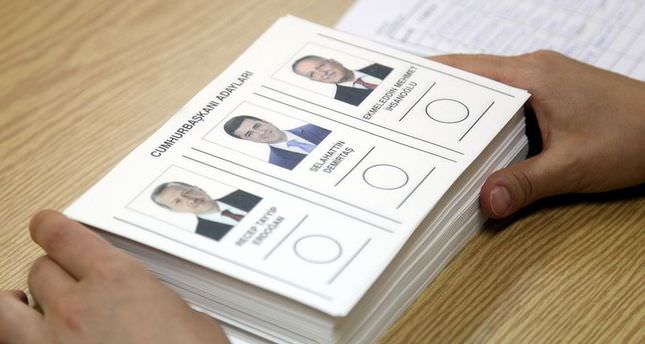 by Daily Sabah Aug 10, 2014 12:00 am
Turkey's 12th presidential elections marked not only the first time the president was popularly elected but, the first time for Turkish citizens living abroad to participate in Turkey's elections.

Specifically, in Germany where the largest population of Turkish people reside outside of Turkey, Erdoğan has received 69,1, followed with İhsanoğlu who received 23,4 and Demirtaş with 7,3 percent of the votes.

İhsanoğlu has received more votes than Erdoğan in countries including Israel, United States, Canada and Iran, while he failed to beat Erdoğan in his hometown, Yozgat.