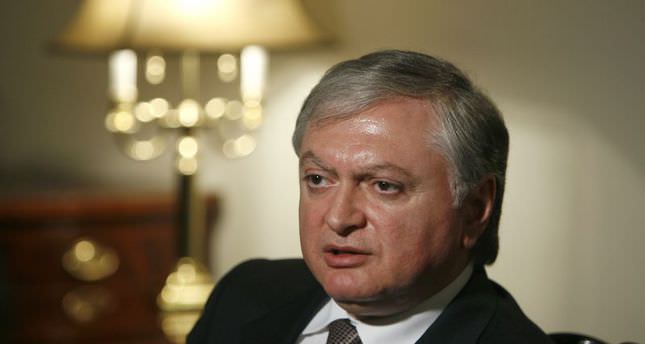 by Daily Sabah Aug 25, 2014 12:00 am
As the number of foreign leaders and representatives of international organizations to attend President-elect Recep Tayyip Erdoğan's inauguration ceremony increases, Armenia announced on Monday its foreign minister Edward Nalbandian will also attend the ceremony.

According to Turkey's Prime Ministry's office, 19 foreign countries' presidents, Four speakers of assembly, 14 prime ministers and foreign ministers have already announced their attendance to the ceremony, which will be held on August 28 in the Çankaya Presidental Palace in Ankara.

It has been reported that to represent Syria, the President of the National Coalition of the Syrian Revolution, Hadi al-Bahra, will attend the ceremony while Bashar al-Assad has not been invited.