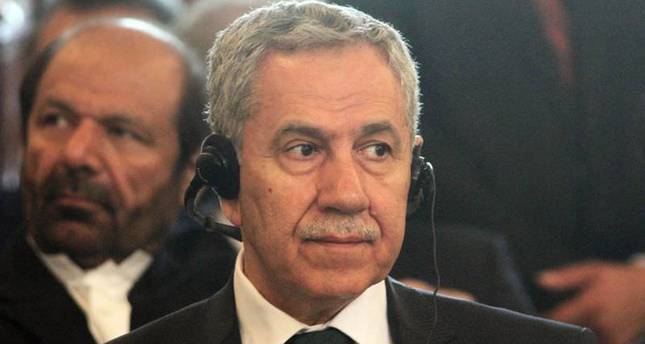 by AA Sep 29, 2014 12:00 am
Turkey is to extend the military's authorization to launch operations into Iraq and Syria, Turkish Deputy Prime Minister Bülent Arınç said.

Speaking on a visit to attend the presidential inauguration of Ashraf Ghani in Kabul on Monday, Arınç said: "Turkey will add all the necessary elements to feel secure.

"Therefore, the content of this mandate will be stronger and different than the previous ones. We will request a parliamentary motion that would include all [necessary] conditions in it."

Turkish troops are currently authorized to operate across the Iraq border to defend Turkey from outlawed Kurdistan Workers' Party, and in Syria to engage the regime forces of President Bashar al-Assad.

These mandates expire on October 4 and 17 respectively.

With the growing threat from the ISIS, the government is expected to include the terror group among potential enemies.

The new authorization could also allow Turkey to establish safe zones across the Syrian border for displaced people fleeing ISIS.

Since ISIS launched attacks around the Syrian Kurdish town of Kobani more than 160,000 refugees have crossed the Turkish border.

Arınç said: "Turkey has to take different measures that would prevent such massive inflows, such as a buffer zone or a safe zone. I am sure that free nations would understand this.

"The safe zone is primarily to stop Syrians crossing the Turkish border during the fight with ISIS and Assad and to make them gather in a safe area on their own territory and, in the future, maybe the present refugees will return to their countries."

The Grand National Assembly is scheduled to hold a session on Thursday to extend the mandates.