ISIS must first be defeated in Syria, say academics 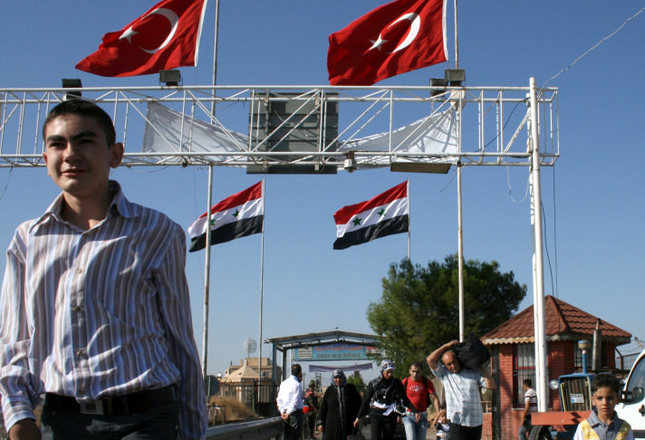 by Merve Aydoğan Oct 17, 2014 12:00 am
A report published by the Ankara-based think tank Foundation for Political, Economic and Social Research (SETA) claims that defeating ISIS in Syria is the key to stopping the terrorist organization.

The report said, "In order to give an effective response to ISIS, it must be defeated in Syria first as it gains its major strength through its dominance in Syria."

The Turkish government has stated a number of times that the Bashar Assad regime should also be ousted to gain stability and peace in the region.

According to the report, "The Northern Front of the Combat against ISIS: Peshmarga-Western Alliance" by Can Acun, a researcher of Middle Eastern politics at the SETA Foundation, the main aim of ISIS is to execute the siege of the "Baghdad Belt" plan. Acun said in the report the locations and positions seized by ISIS were not within the range of the Kurdish Regional Government (KRG) in northern Iraq thus allowing advancement of peshmerga forces. "Contrary to expectations, peshmerga forces were found to be weak against ISIS. The division between the KDP [Kurdistan Demokratic Party] and PUK [Patriotic Union of Kurdistan], the command and control structure, training and military equipment of peshmerga forces are indications of insufficiency," Acun said.

Acun also said that without airstrikes by the international coalition against ISIS militants, peshmerga forces would not be able to hold back the tide of aggression.

"The foremost signal to hinder ISIS is the elimination of local dynamics and causes of the formation of ISIS rather than forming an international coalition against it. [Nouri] al-Maliki's resignation [was] a step in this regard, however the [new] Ibadi government has not taken notable action toward preventing Sunnis from joining ISIS."

Can Acun, speaking to Daily Sabah, said that despite Turkey's warnings, the hastiness of peshmerga forces and the expedience by the KRG in northern Iraq to capture areas such as Kirkuk, has caused them to face off against ISIS and Arab tribes in the region.

"Turkey believes providing military aid to the Kurdish Regional Government would only worsen the situation within the region, thus Turkey increased its humanitarian aid to Arabs, Turkmens and Kurds. It seems that Turkey will continue its same policy against ISIS further on."

Additionally, Professor Birol Akgün, chairman of the Institute of Strategic Thinking (SDE), told Daily Sabah that ISIS is a political, ideological and security threat to Turkey. Although Turkey declared ISIS a terrorist organization, Akgün claimed that Turkey must continuously refer to ISIS as a terrorist organization whenever possible as part of its strategy.

Despite criticism by the main opposition Republican People's Party (CHP), Parliament recently voted in favor of a mandate authorizing the sending of troops across the border into Iraq and Syria to fight ISIS and other terrorist organizations. However, President Recep Tayyip Erdoğan has constantly claimed that Turkey would continue the fight against ISIS but will not fall into their traps, as well as making demands on the U.S. of setting up a no-fly zone and a safe zone.

Akgün also said that "Turkey must be ready to combat ISIS and all terrorist organizations at all times but should not be the side that begins close combat." ISIS has also gained strength through its ideological attitude, thus "Turkey's Directorate of Religious Affairs along with the religious leaders worldwide must inform the international community of ISIS and jihadi Salifism and its political and ideological roots. The sociological bases can then be prepared against this group," Akgün said.

"The discriminating policies and the media's Islamophobic attitude towards the Muslim community living in the West has allowed ISIS and related terrorist organizations to recruit militants," Akgün said and added, "The West must revise their policies prior to summoning Muslim countries. A constructive policy should not only include security measures but also political and ideological measures."