Ankara introduces a council for its Alevi initiative 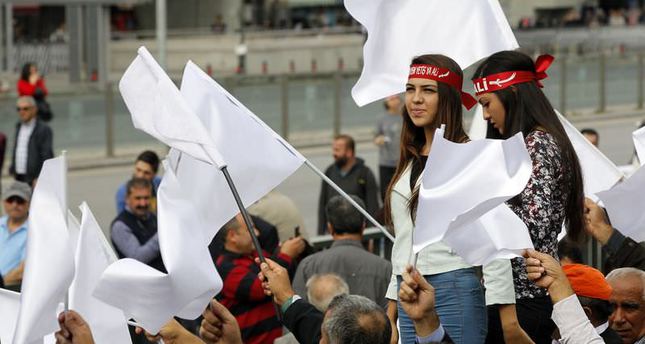 by Daily Sabah Nov 01, 2014 12:00 am
The details of the Alevi initiative set to be introduced by the government has begun taking shape ahead of Prime Minister Ahmet Davutoğlu's planned visit to the Hacı Bektaş district of the Nevşehir province. The prime minister will visit the district on Nov. 8, to attend an Aşure (or Ashura) ceremony with the Alevi community, which has been organized by the Hacı Bektaş Association. The Alevi initiative is a new reform package prepared by the government that seeks to tackle the age-old problems faced by the country's Alevi community. The package, which is expected to include major policy initiatives addressing the Alevi community's grievences, is set to be launched later this year.

The details of the initiative – which were first issued by current president Recep Tayyip Erdoğan while he was in office – are becoming clear ahead of Davutoğlu's visit to Nevşehir.

Davutoğlu touched upon this issue during his monthly address to the nation, when he said that he will attend the ceremony, which commemorates the martyrdom of Hussein at Karbala in Iraq. "We have discussed in detail with our ministers and bureaucrats who work on this package and we have carefully examined the results of the previous workshops in this field. I hope to take concrete steps in this regard in the coming period."

The initiative will concern not only the Alevi community, which the government has long been in conflict with, but also other minorities who are reluctant to be attached to the directorate of religious affairs. The establishment of a "regulative and controlling council," which will embrace every section of the society refusing to be linked to the ministry, is expected to be part of the reforms that will be introduced by the government.

Erdoğan was the first to jumpstart the initiative, but little progress has been achieved since then, mainly due to rifts within the Alevi community itself.

The conflict between the Turkish government and the Alevi community has remained unresolved, mainly owing to the failure to handle the most contentious issue relating to the status of cemevis – Alevi places of worship – which have been ignored for the past few years.