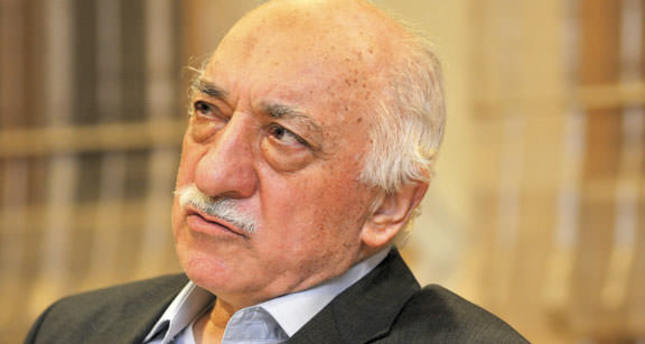 by Daily Sabah Nov 03, 2014 12:00 am
President Recep Tayyip Erdoğan on Saturday touched upon the recent National Security Council (MGK) meeting that took place on Thursday and said that necessary action under a legal framework will be taken against members of the Gülen Movement who have infiltrated state institutions and wiretapped thousands of people, including his family.

Addressing a number of journalists on his return flight from Paris, Erdoğan said that unlawful organizations and structures that carry out illegal activities under the guise of a legal framework pose a direct threat to Turkey's national security and public order and explained that the meeting had come to the conclusion that the state will fight such unlawful organizations in a determined manner through legal means. "My whole family, including my siblings and children as well as my office, were wiretapped when I was Turkey's prime minister," Erdoğan said, explaining that the state will not be silent when perpetrators attempt to destroy the ethical and moral values of the country through unlawful and unethical means. Touching upon the fact that MGK meeting decisions are not binding and only provide suggestions to the government, Erdoğan said that the government can turn these decisions into a Cabinet decision and forward it to the Undersecretariat of the National Security Council to revise the National Security Policy Sheet. Erdoğan said that the government has requested the revision to take place in 2014 instead of 2015 due to the severity of the threat that was not realized until recently. Erdoğan announced that investigations have determined where the bugging devices placed in the prime minister's office were obtained and noted that authorities are now trying to find out where the wiretapped recordings were sent.