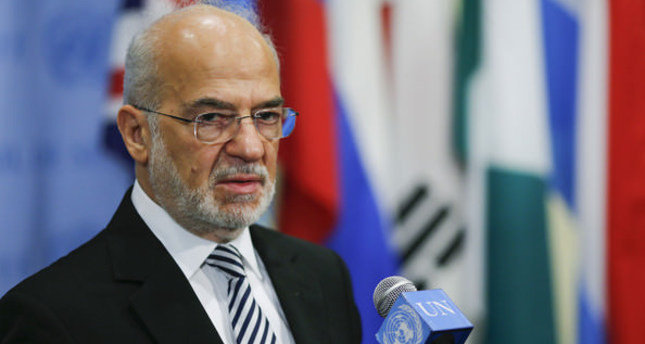 by Daily Sabah Nov 04, 2014 12:00 am
Iraqi Foreign Minister Ibrahim al-Jaafari is set to arrive in Turkey on Tuesday, marking his first high-level visit to Ankara after the new government was established in Iraq in September.

The relations between Baghdad and Ankara were strained during the term of former Prime Minister Nouri al-Maliki. While al-Maliki reacted against the Kurdistan Regional Government's (KRG) selling Kurdish oil through Turkey, Turkey claimed it posed no problem as the KRG is autonomous. Roughly two months after a new cabinet was established in Iraq, the first official to Turkey will be paid by Iraqi Foreign Minister Ibrahim al-Jaafari in a bid to repair the relations between the two countries.

Iraq's parliament officially named Haider al-Abadi the country's new prime minister on Sept. 8 and approved most of his proposed cabinet amid calls by the Arab League for its members to combat the Sunni militant group violently advancing across Iraq and Syria.

Relations between the two countries have undergone strained turbulence since 2011. Al-Jaafari's visit to Turkey is expected to contribute to improving the relationships. The Iraqi cabinet in October 2012 announced that Turkish forces crossing into Iraq "is a violation of Iraq's sovereignty and security" as Turkish forces used military bases in Iraq against the PKK.