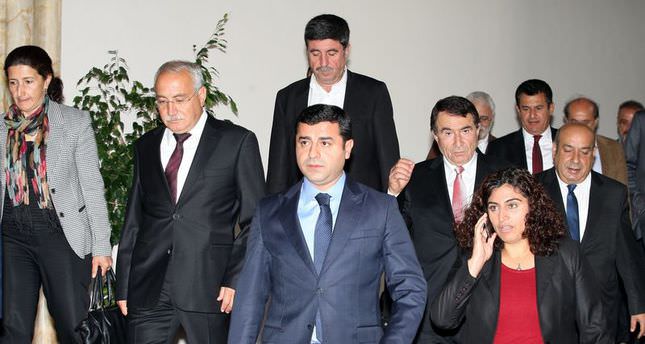 by daily sabah
Nov 04, 2014 12:00 am
A study conducted by MAK Consultancy, which surveyed 10,800 people in 30 cities, has revealed that the reputation of the pro-Kurdish Peoples' Democratic Party (HDP) was hurt by the Oct. 6-7 Kobani protests.

The survey indicated that support for the HDP has dwindled as a result of their call for street protests on Oct. 6-7. In the presidential election on Aug. 10, the percentage of the vote for the HDP was 9.76, but the survey now reports that support appears to have dropped to 5.3 percent.

Violent demonstrations in support of Kobani erupted across Turkey, especially in southeastern and eastern cities and claimed dozens of lives, where pro-PKK demonstrators accused the government of not helping the people of Kobani in the fight between Kurdish forces and Islamic State of Iraq and al-Sham (ISIS) militants.