Turkey is seen as a model democratic Muslim country: Hayajneh 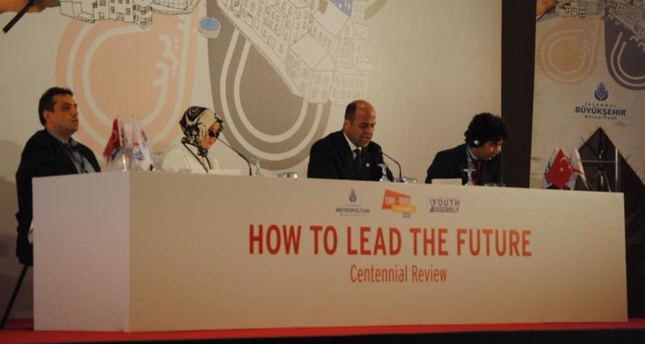 The third Turk-Arab Youth Congress, which gathered youth from around the world, was held in Istanbul. Professor Adnan Hayajneh was one of the academics who spoke on the Political Affairs panel of the congress. In an exclusive interview with Daily Sabah, Hayajneh evaluated the current state of Arab youth as well as the Arab states including the perception of Turkey within the perspective of governments and the people.

Daily Sabah: Can you comment on Turkey's recent image among Arab states?

Adnan Hayajneh: Well, Turkey is really well received by them, I think – that is, the perspective of the Arab populaces – because Turkey is one of the few countries that supported the Arab Spring and the aspiration of the people. Maybe Turkey was a little bit reluctant in terms of the Arab Spring and Libya, but in general, Arab individuals hold the view that Turkey approved of the Arab Spring and received opposition groups for conferences, so it is really well received. From the perspective of governments, Turkey is not really well received because Turkey is trying to maintain regional order and control, be the hegemonic power in the region and create alliances such as with the Muslim Brotherhood in Egypt. So, there is a conflict in views, but in general, I think Turkey has done a lot for Arabs such as supporting Gaza, the Palestinians and supporting the aspiration of the people.

DS: Does this perception differ between the people of Arab states and Arab governments?

AH: I think in general, Turkey is as a model democratic Muslim country.

Many richer states say that you cannot have democracy and development. However, in Turkey – a country that some people called a backwards nation just 15 to 20 years ago – is now a leading country. It has gained much respect by becoming a powerful nation and the world takes Turkey more seriously now, which proves a lot. So, many think that if Turkey can do it, why can't we as well?

DS: Turkey and the Arab states were supporting the toppling of Assad in Syria. However, the Gulf Arab states except Qatar were happy with the deposing of Mohammed Morsi by the military coup in Egypt. Why do you think Turkey and Arab States parted ways in this regard?

AH: I think most of the regimes are against the Arab Spring, which also means being against giving people the power of self-determination, and there are many excuses given. One of the excuses is that the Muslim Brotherhood would have been in control of the alliances between Qatar, Turkey and Egypt. That is perhaps what drove Saudi Arabia and the United Arab Emirates, for example, to support the coup in Egypt and label the Muslim Brotherhood as a terrorist organization even before ISIS appeared, and nobody was talking about it. So, most of the regimes are against the Arab Spring; they want to maintain the status quo and if the Arab Spring had continued and succeeded, it would have changed the attributes of the nations and the mechanisms of decision-making. So, we would have greater domestic balance and more effective transparency, which will take time, but also we will have a change of foreign policy. Even external regional powers like the U.S. are not interested in dealing with 300 million Arabs. They would much rather only deal with only 20 or 22 leaders.

Adnan Hayajneh is a professor of political science in the Department of International Affairs at Qatar University and Hashemite University in Jordan. He received his doctorate in political science from the University of Arizona in May 1995. Hayajneh is the author of over 40 publications, with the most recent ones focusing on the Arab Spring and U.S.-Middle East relations. Prior to his current appointments, he was associated with several institutions, including the United Nations University, Jordan Institute of Diplomacy, The University of Jordan, Al-Bayt University and The University of Arizona. Hayajneh's main research interests are in international relations, political and economic development, strategic and security studies, conflict resolution and American foreign policy with a special focus on the Middle East and the GCC region.