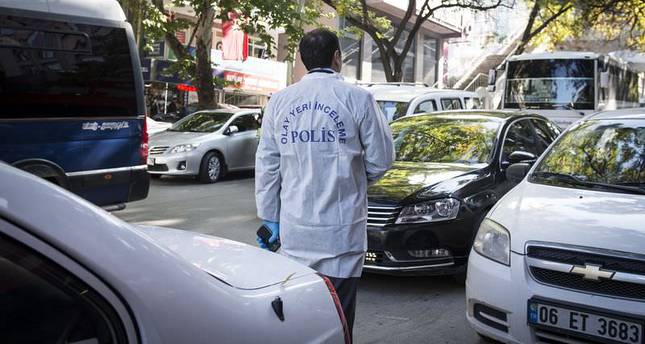 A senior member of the Ankara provincial assembly for the Kurdish- leftist bloc Peoples' Democratic Party (HDP) has been seriously wounded after being attacked by a 25-year-old man at the party's Ankara headquarters early on Tuesday.

A suspect was taken into custody by the police following the attack against Ahmet Karataş, a member of the party caucus of the People's Democratic Party's (HDP). Karataş was rushed to hospital after he was stabbed in the neck by the assailant in the HDP building. The incident reportedly took place after the assailant had had an argument with Karataş.

In an official statement the HDP said that Ahmet Karataş's condition is improving. HDP Istanbul deputy Sabahat Tuncel harshly criticized the government over the assault, claiming that her party had been targeted due to its stance regarding the fighting in Kobani.

In response to the deputy's accusation, Turkish Prime Minister Ahmet Davutoğlu said they had never targeted anybody. He said that they reacted against the party over the deadly protests, which took place on Sept. 6 and Sept. 7, because the leader of the party, Selahattin Demirtaş, had called on its supporters to pour onto the streets, but that the government's intention was never to target any party.

Davutoğlu said he condemned the assault and that the perpetrator of the crime has been found. The assailant has reportedly admitted carrying out the attack. "We [the ruling party] were the target of accusations by the HDP. They accused us of supporting ISIS without revealing the basis of their claims." Davutoğlu was quoted as saying.

While government officials held HDP responsible for triggering the Kobani protests that morphed into violent attacks, claiming the lives of nearly 40 people across the country, a recent study conducted by MAK Consultancy - which surveyed 10,800 people in 30 cities - indicated that support for the HDP has dwindled as a result of their call for street protests on Oct. 6-7.

When asked who was responsible for the Kobani protests, 24 percent of the people surveyed said that the HDP was accountable for the violent clashes, while 23 percent claimed that the outlawed PKK was behind the protests. Another 22 percent accused the main opposition, the Republican People's Party (CHP), of being responsible for the clashes.