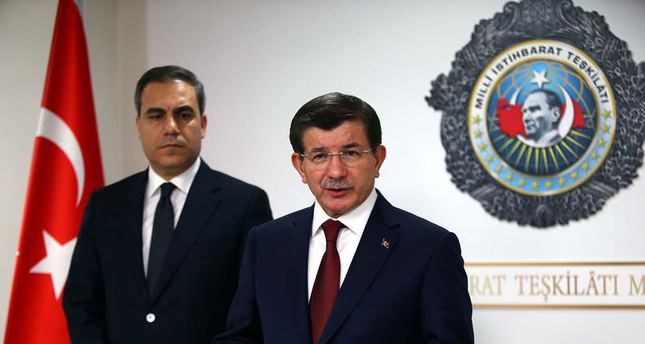 by Daily Sabah Nov 05, 2014 12:00 am
Prime Minister Ahmet Davutoğlu strongly condemned Israeli violence in the Al-Aqsa Mosque and the entrance ban to Palestinians on Wednesday in a press conference following a meeting at the Turkey's National Intelligence Agency (MIT) headquarters.

"Israel's violation on the al-Aqsa mosque, one of the holiest place in the world, is cruelty to the core. We will make the necessary efforts to ensure that the international community gives the most active response against the Israeli aggression. I also call the world and the Muslim community to protect Al-Aqsa Mosque," he said in his statement.

Tensions have mounted in the historic city since Israeli forces killed a young Palestinian man, who had been suspected of shooting a rabbi, in a raid last weekend in his East Jerusalem home.

Israel occupied East Jerusalem during the 1967 Middle East War. It later annexed the holy city in 1980, claiming it as the capital of the self-proclaimed Jewish state - a move never recognized by the international community.

In September 2000, a visit to the Al-Aqsa by controversial Israeli politician Ariel Sharon sparked what later became known as the "Second Intifada," a popular uprising against the Israeli occupation in which thousands of Palestinians were killed.