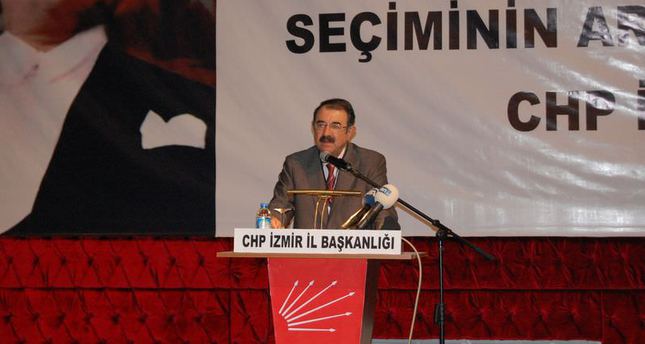 Some 30 percent of electors in Turkey see the main opposition Republican People's Party (CHP) as an "enemy", said the party's vice president Sencer Ayata, during a presentation he gave at the three day long camp in southern city of Antalya last week.

During his presentation, Ayata said, "Electors who say 'I would never vote for CHP' and see CHP as an enemy constitute 30 percent of total electors." There is no "small" party left in Turkey whose electors would cast a vote for CHP, according to Ayata.

Turkey's Kurdish community, which numbers 20 million, also does not vote for CHP, according to Ayata. "Only 1.5 percent of Kurds cast a vote for CHP," stated Ayata.

Ayata further said that the Peoples' Democratic Party (HDP) embraces its voter base fully, so the CHP's potential voter base can only come from the ruling Justice and Development Party (AK party) or the Nationalist Movement Party (MHP).

The political turmoil within Turkey's main opposition persists as inner-criticisms grow and deputies resign, revealing the widening cracks in the party.

On Thursday, Yalova Deputy Muharram İnce, a former candidate for the party chairmanship, slammed the party's decision to refer dissenting Eskişehir Deputy Süheyl Batum to the disciplinary committee for his dismissal.

İnce said on Thursday that he found the CHP executive council's decision "exaggerated." He criticized the CHP's approach by saying the party could have first verbally warned Batum before referring him to the disciplinary committee.

"This is like adding oil to the fire," İnce said, criticizing the CHP's quick and tyrannical move, adding, "This is the CHP executive council's exaggerated reaction […] everyone needs to come to their senses."

CHP Chairman Kemal Kılıçdaroğlu said on a TV program Thursday, "Trees become stronger as they are pruned, so those whose horizons are filled up can leave us." He said that there have been people in the CHP who have gone over the party's limits and he has not done anything until now, but he will not let such actions persist anymore.

"The CHP is not a think tank. You can say whatever you want as long as you are outside the party," he said.

Batum was criticized by the CHP administration after he said that he supported Deputy Emine Ülker Tarhan's resignation and that a CHP member will resign from his or her post each week to shake up the party.

On Tuesday, Batum asserted that there are 20 deputies within the CHP who will stand against the current policies of the party. Batum said that these dissident members should gather and discuss the party administration's misdirected policies.