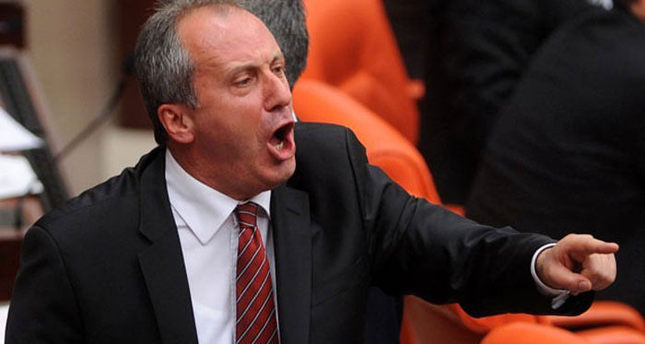 İnce said on Thursday that he found the CHP executive council's decision "exaggerated." He criticized the CHP's approach by saying the party could have first verbally warned Batum before referring him to the disciplinary committee.

"This is like adding oil to the fire," İnce said, criticizing the CHP's quick tyrannical move, adding, "This is the CHP executive council's exaggerated reaction […] everyone needs to come to their senses."

"Süheyl Batum is the purest person I know," İnce said. Emphasizing that the CHP's action to dismiss Batum is highly unfair, İnce suggested that there were many other members of the party who should have been sent to the disciplinary committee and expelled who have yet to be.

Batum was criticized by the CHP administration after he said that he supported Deputy Emine Ülker Tarhan's resignation and that a CHP member will resign from his or her post each week to shake up the party.

On Tuesday, Batum asserted that there are 20 deputies within the CHP who will stand against the current policies of the party. Batum said that these dissident members should gather and discuss the party administration's wrongheaded policies.