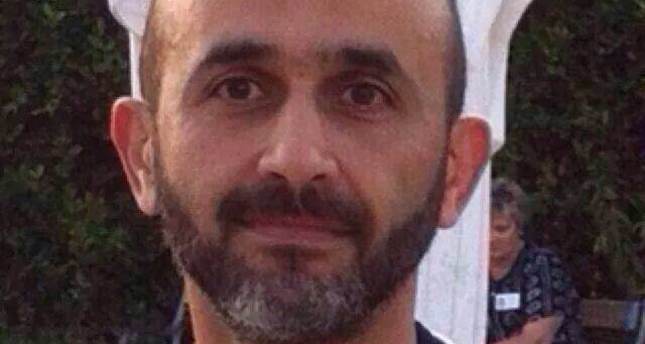 by Mehmet Solmaz
Nov 07, 2014 12:00 am
Dr. Amer Alshava, a Turkish citizen of Palestinian origin, arrived in Dubai on Thursday, October 2 for his nephew's wedding, but was taken into custody by the National Security Agency of the United Arab Emirates upon his arrival.

Turkey's Foreign Minister Mevlüt Çavuşoğlu instructed ministry offices to contact with UAE authorities to formally ask about the whereabouts or any kind of information they might have about the Alshava, but Turkey has not heard anything concrete back from UAE government yet.

"His flight landed at 6:30 am. For the next 34 hours we were unable to locate him. In spite of my repeated attempts and inquiries about his whereabouts at the Dubai airport police station and the Barsha Police, no one would tell me where he was. For all this time, we were told that he had already entered the country and must have gone with a friend," Alshava's wife Emel İnal Alhshava told Daily Sabah, adding that her husband is not a member of any sort of organization and that some news outlets reported that he could be detained due to his sensitivity on Islamic principles. She added that it was not until around 4pm on Friday October 3, that the Turkish Deputy Consul, who had intervened on her behalf, checked at the airport again and were told that her husband had been taken by the national security agency. He was reportedly taken from the airport to an unknown location. Later, the family was informed by the Turkish Consulate staff that he was taken to Abu Dhabi.

"Amer, a father of three young adults, a dedicated family man and an honest and hardworking businessman has never been a threat to anyone. He is very much involved in society. During all of his 17 years in the U.S. and the last 14 years in Turkey, my husband Amer was a model citizen in his dedication to the well-being of society, anywhere he went. My children and I need to know where Amer is and why he was taken," she added.
Last Update: Nov 08, 2014 7:47 pm