Turkey will do whatever it takes for Al-Aqsa and Jerusalem, says Davutoğlu 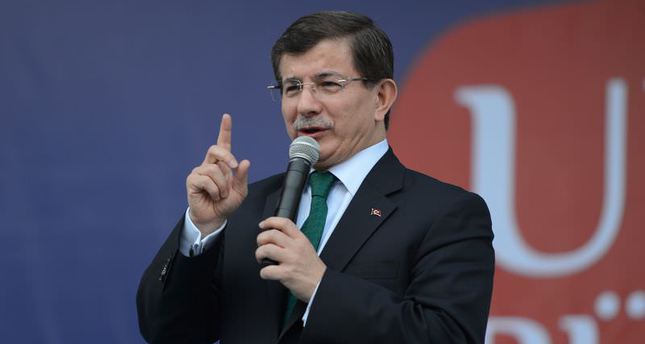 by Daily Sabah with AA Nov 07, 2014 12:00 am
Turkey continues to maintain its support to Palestinians over the recent attacks on Al-Aqsa Mosque, in East Jerusalem, by the Israeli armed forces.

Turkish Prime Minister Ahmet Davutoglu phoned the Palestine state leader Mahmoud Abbas and Hamas Political Bureau Khaled Mashaal on Friday to tell them that he will stand by Palestine today, as he has done in the past, and showing his continuous support to their cause.

In the talks between Mashaal and Davutoğlu, in which they discussed the recent events, Mashaal expressed his appreciation to the Turkish nation for their continued support to the Palestinian cause.

According to sources from the Prime Minister's office, Davutoğlu said Muslims in Turkey prayed for Palestine and Al-Aqsa Mosque on Friday, expressing his solidarity with both leaders.

Furthermore, in a speech delivered in Bursa, Davutoğlu mentioned that Turkey will not forget Jerusalem and will embrace the cause fully despite the international community turning a blind eye to violent attacks on the Palestinian soil.

Turkish President Recep Tayyip Erdoğan had made similar remarks and condemned Israel's violent attacks on Al-Aqsa Mosque, yesterday, before his trip to Turkmenistan.

The head of Presidency of Religious Affairs, Mehmet Görmez, also commented and condemned Israel's recent attacks. "It is necessary to avoid any act that may raise trauma in the region," Görmez stated during a visit by U.S. ambassador to Ankara, John Bass.