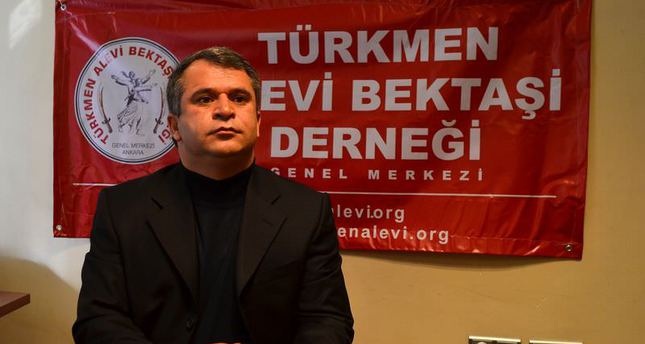 by daily sabah Nov 09, 2014 12:00 am
Following main opposition Republican People's Party (CHP) Chairman Kemal Kılıçdaroğlu's criticism of Turkey's Alevi communities attending President Recep Tayyip Erdoğan's iftar event on Nov. 3, Türkmen Alevi Bektaşi Foundation head, Özdemir Özdemir, said that he will file a claim for compensation over the remarks. Denouncing Alevi communities attending the iftar event, Kılıçdaroğlu recently said, "The meal that you ate [at the iftar event] is not halal for you, it is haram." Kılıçdaroğlu's comments have come under harsh criticism during a critical period in which Ankara is seeking to tackle the drawn out Alevi issue in the country with its Alevi initiative. Özdemir said that the CHP leader used words offending both Alevis and Erdoğan, adding, "We are a community who is well aware of both the halal and the haram. If Kılıçdaroğlu denounced us by saying 'you ate haram food,' he should firstly criticize himself. No politician has the right to address the Alevi community like that."

On Nov.3 Erdoğan hosted an exclusive iftar dinner called "Muharrem Aşı" at the Presidential Palace for Alevi citizens who are fasting during the Islamic month of Muharram. The dinner is part of efforts to improve the democratic living standards of Alevi citizens and comes as Turkey is preparing to proceed with its Alevi initiative. Özdemir added that Kılıçdaroğlu's latest comments are a turning point for the Alevi community and resulted in huge disappointment among Turkey's Alevis.

"For the first time in Turkey's Republican history a president listened the problems of his Alevi brothers for three and a half hours and that caused trouble for some CHP members such as Kılıçdaroğlu, who refrains from even calling us 'Alevi,' " Özdemir said.