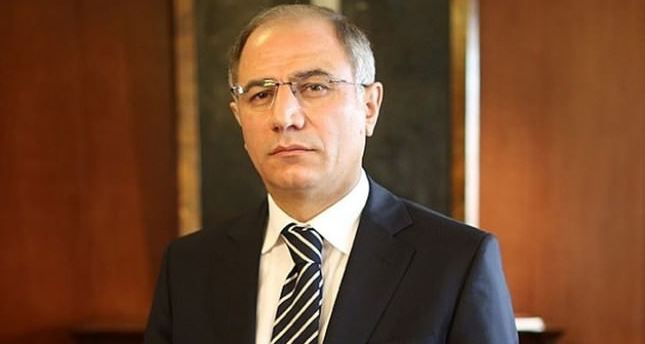 by Daily Sabah Nov 09, 2014 12:00 am
Interior Minister Efkan Ala over the weekend elaborated on the new domestic security reform package submitted to Parliament that aims to establish a balance between freedom and the security of the people while enhancing the civilian identity of the state. The reform bill, if enacted, will lift Turkey to European standards regarding security issues, rights and freedoms. Ankara, inspired by European templates, introduced a new reform package with tighter security rules. The most striking law adopted from European countries appears to be rules concerning detention.

In European countries, including England, France and Germany, police officers can detain suspect in circumstances of crimes without the requirement of a court order. Officers can keep suspects in custody for an amount of time varying between 24 hours to 36 hours. Ankara is seeking for a change to the current law that does not permit police to detain suspects without a court order. Another rule adopted from European models is that police will be given permission to use arms against those who engage in violence. The articles of the security reform package have been determined following careful assessments and various discussions regarding the regulation. The deadly protests that were staged in support of Kobani claimed dozens of lives mostly in southeastern provinces of Turkey, prompting government officials to come up with tighter security laws that would serve to prevent such incidents from happening again. The need for the security forces to be granted sweeping powers surfaced as the protests that began as pro-Kobani demonstrations quickly morphed into violent aggression, causing deaths and massive damage to property. Following the incidents, the Justice and Development Party (AK Party) government decided that expanded powers should be granted to Turkish security forces to crush protests.

According to the draft bill, Molotov cocktails will be considered weapons and security forces will be granted permission to shoot protesters involved in such offensives. However, Ala underlined that the powers will be limited to only the chief of police officers, responding to questions hanging over the issue. The government's intention to adopt tighter security rules to prevent street violence sparked debates among opposition parties who expressed concerns over a possibility that the excessive powers bestowed on the security forces could be exploited. Experts consider the lack of oversight and that the legislation that grants more powers to security forces can engender devastating results for the country. Ala, in response to these concerns, also outlined details about another power granted to security forces as part of the reform package – the permission to detain a suspect without first seeking a court order. "Taking custody of a person is a crucial issue and could be restrictive of a citizen's freedom. Therefore we will only give that authority to chiefs and to a specific number of police officers," Ala said. Noting that granting permission to a security officer can be is a necessity Ala said "There are circumstances when police officers encounter an offense, and owing to current restrictions, they cannot detain that perpetrator. This vacuum has to be filled."

Ala said the government will not deviate from its democratic line while imposing tougher security measures, assuring the public over the draft bill that gives sweeping powers to security forces.