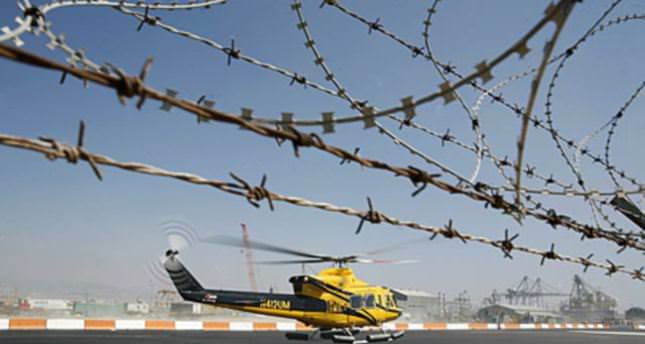 Greek Cypriot procrastination over unification talks or the changes in the rules of engagement of Turkish and Greek navies will not shift Turkey from supporting Turkish Cyprus or be a force for peace on the island, say officials

While tensions in the Eastern Mediterranean increased following statements from Turkish and Greek naval forces regarding rules of engagement to deal with the event of "a situation" over energy exploration, high level sources from the Turkish Ministry of Foreign Affairs affirmed that Ankara will not increase tensions while reiterating their support for Turkish Cyprus.

The waters of the Eastern Mediterranean are heating up since Greek Cyprus announced the suspension of negotiations on reunification with Turkish Cyprus on October 6, in protest over the presence of Turkish naval vessels in its exclusive economic zone. Last Saturday Greek Cypriot, Greek and Egyptian leaders met at a tripartite summit in Cairo and signed an agreement to boost energy cooperation. Meanwhile, Admiral Bülent Bostanoğlu, the head of the Turkish Navy revealed on Sunday that he had been handed new rules of engagement.

"The Prime Ministry handed over the rules of engagement to the chief of General Staff and the chief of Staff handed them over to the Naval Forces Command. We will act in line with these rules of engagement in the event we face a situation over this issue," Bostanoğlu said on Sunday. A response from Greece came on Monday. The Greek newspaper To Vima quoted a senior Greek military official as saying: "We have rules of engagement, too, that have been approved by the prime minister and the cabinet, not only in the Aegean but the southeast Mediterranean for the defense of our national interests."

Although it sounds like tensions are rising, sources in the Turkish Foreign Ministry remain calm and have made assurances that Ankara will try to decrease tensions. "Our stance on this issue is very clear. Turkey is in favor of the continuation of peace talks and the idea of a two-state federal structure. However, [Greek] Cyprus is procrastinatng on the peace talks to gain time," a senior level officer from the Turkish Foreign Ministry commented, while assuring Turkey's continued support for Turkish Cyprus's decisions on Greek Cyprus's exclusive economic zone.

"It's quite normal to have new rules of engagement and it's not necessary to attribute any reason," the officer added regarding the announcement of the new rules of engagement by Turkish and Greek Naval forces. In the meantime, political sources in Ankara do not expect further escalation of tensions in the Eastern Mediterranean and signal that negotiations via backdoor diplomacy channels are continuing to resume the peace talks on Cyprus. The recent statement regarding the second meeting of the Turkey-Greece High Level Cooperation Council, which was announced on Monday afternoon, supports this position.

Additionally, it was announced yesterday that Turkish Prime Minister Ahmet Davutoğlu will visit Greece December 5th for the High Level Cooperation Council meeting. The recent tensions in the eastern Mediterranean and continuation of the peace talks in Cyprus will be discussed among other bilateral issues, according to sources from Prime Ministry

Cypriots went to the polls in 2004 to vote on the Annan Plan for Cyprus, which was a U.N. proposal to resolve the dispute by restructuring the island as a United Republic of Cyprus. It proposed a federation of the two states that aimed to unify the Turkish Cypriot and Greek Cypriot communities. The proposal was revised five times before it was put to a referendum in April 2004 and was supported by 65 percent of Turkish Cypriots and 24 percent of Greek Cypriots, who claimed that the proposal favored Turkish Cypriots.