Stakes raised as Ankara and HDP restore trust over reconciliation 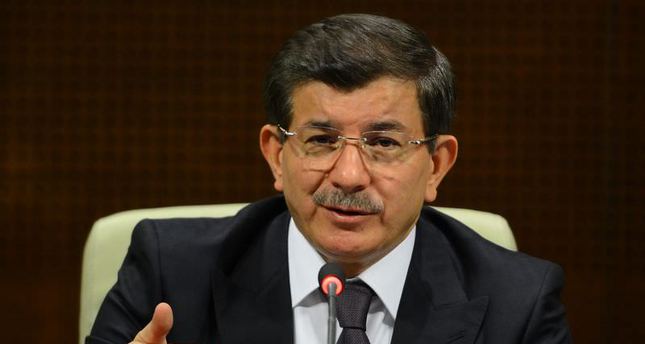 The government and pro-Kurdish HDP restore their trust over the reconciliation process following a temporary stall in negotiations due to the Oct. 6-7 Kobani protests that claimed scores of lives

Reconciliation talks between Ankara and the Kurds, which had stalled following the October 6-7 Kobani protests that morphed into violent clashes between anti and pro-PKK groups, enjoyed a fresh start yesterday with the pro-Kurdish People's Democratic Party (HDP) renewing their commitment to the process.

Speaking at a HDP press conference, deputies said they are committed to continuing talks on reconciliation, after Prime Minister Ahmet Davutoğlu said late on Wednesday that there is a need to revive the goodwill over the reconciliation process, highlighting that the press conference was a fruitful step forward.

"We [the government] adopted a principle attitude [toward the reconciliation]. There has been no change in our stance," added the prime minister.

He noted that the October 6-7 Kobani protests that claimed dozens of people's lives seriously harmed the reconciliation process.

Underscoring that the entire nation is longing to see an end to the long-continued conflict, Davutoğlu said that the reconciliation process is seen as a brotherhood and a unity project aimed at strengthening citizenship and guarantees the political stability and economic welfare.

"Our determination on this [reconciliation] issue has never changed. During the October 6-7 incidents when there were calls for violence, we both took some precautions and noted that we will continue the reconciliation," he added.

Davutoğlu once again highlighted that public order is the first priority for the government and said, "The chaos and dispute not only harmed the reconciliation process, but also undermined communication."

The prime minister further urged all sides to adopt softer and more peaceful rhetoric over the reconciliation and public order. He continued by saying that every citizen has the right to protest, but the main point is being peaceful and refraining from vandalism and violence while protesting.

The Pro-Kurdish HDP has been criticized by the government and political parties in Parliament for its calls for street protests on October 6-7, fuelling the vandalism and violent clashes.

Reminding everyone that the HDP is a political party representing Parliament, the prime minister said that all parties should act in accordance with political legitimacy and avoid crossing the lines of this legitimacy.

Deputy Prime Minister Yalçın Akdoğan also commented on the HDP's press conference and said that the reconciliation process continues with determination, but the basic requirement is to ensure public order and security.

The reconciliation process, which aims to end the decades-long conflict after the outlawed PKK's took up arms against Turkey in an attempt to carve out a separate state in the southeastern region, was expected to yield results in the upcoming months, possibly in February. Yet, the government took a firm stance after the Kobani protests by saying that the public order is first priority and the reconciliation process is not an alternative under any circumstances.

In Wednesday's press conference, HDP deputies announced that they have no intention to give up on the reconciliation process. HDP Group Deputy Chairwoman Pervin Buldan argued that it is crucial to open channels of dialogue as soon as possible and take concrete steps for negotiation and said the HDP is ready to participate in finding a permanent resolution to the Kurdish issue. Buldan put special emphasis on increasing the frequency of discussions, improving their efficiency and including democratic mechanisms, rather than blocking them, as tensions build.

These developments came after the reconciliation process committee's meeting, chaired by Davutoğlu, on Tuesday. Even though both sides have continuously stressed their determination to end the long-continued conflict, the negotiations were stalled by the government for public order concerns, according to the HDP. Reportedly, the HDP was defined in the meeting as being stuck between jailed PKK leader Abdullah Öcalan on Imrali Island and the PKK headquarters in the Qandil Mountains. The committee also reportedly noted in the meeting that the process gained significant ground as the citizens in eastern Turkey saw the benefits of reconciliation and added that no U-turn is possible from the reconciliation for the government for the sake of welfare and peace in eastern Turkey.