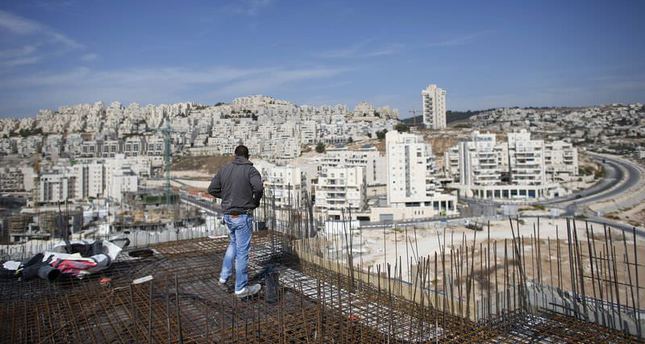 by AA Nov 13, 2014 12:00 am
Turkey condemned Israel's resolution on illegal settlements and the construction of 200 houses in East Jerusalem on Thursday, as well as its attacks against temples in the Haram al-Sharif site.

"We condemn and will never accept these steps, which are against international law," the Turkish Ministry of Foreign Affairs said in a written statement.

Jerusalem's Local Planning Construction Committee approved the construction of 200 new housing units in the Jewish-only Ramot Settlement, which lies beyond the Green Line, according to Israeli daily Yedioth Ahronoth.

International law regards the West Bank and East Jerusalem as occupied territories and all Jewish settlement buildings in these areas as illegal.

Israel's maintenance of illegal settlements in East Jerusalem contributes to the escalation of tension in the region, the statement added.

The ministry also said: "We strongly condemn and are concerned about the attacks perpetrated against the temples in this region."

Tensions have run high in East Jerusalem since late last month, when Israel closed the Al-Aqsa Mosque compound for several hours after an extremist rabbi was injured in a West Jerusalem drive-by shooting.

Further aggravating the situation, several Israeli MPs have entered the al-Aqsa complex in recent weeks, drawing the ire of Muslim worshippers and official condemnation from Arab and Muslim countries.