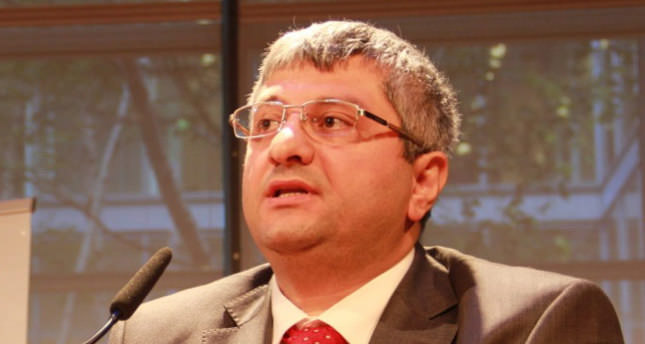 Yılmaz accused the Turkish government during a televised discussion last week, for not ruling the country by the Islamic sharia law which occurred only a week after a speech he gave in the United States, in which he accused the government for being an Islamist state.

"I call on the AK Party to rule Turkey in accordance with Islam, referring to a punishment in Islamic Law, for instance let's cut off the hands of thieves. As a country how can we let gambling or interest-based financing be legal? I am not against Islamization, I want Turkey to be ruled by sharia law," Yılmaz said.

However, Yılmaz was not using the same language about the Turkish government's policies during his speech in the United States, in which he blamed Turkey for radicalizing and becoming an Islamic country like Iran and criticized the government for imposing some restrictions on alcohol and reinforcing Imam-Hatip schools, which are primarily focused on teaching religion.

After his contradicting remarks, the Turkish media criticized Yılmaz for being insincere. The Gülen movement also drew heavy criticism for losing its morality with their attacks and baseless smear campaigns against the Turkish government.

Turkey has been shaken by the Gülen Movement's efforts to defame and destabilize the government. In November 2013, the government's action to close down prep schools, a large portion of which are run by Gülenist followers, caused a stir in the movement, and led them to strike back at the government by staging the December 17 operation.

The Gülen Movement, led by U.S.-based imam, Fethullah Gülen, who lives in self-imposed exile in rural Pennsylvania, is accused of wiretapping thousands of people including Turkish government officials, encrypting phones and allegedly infiltrating state institutions with the aim of overthrowing the government.


After his speech on Turkey's radicalization, the video clearly shows Yılmaz giving different opinions about Turkey in a discussion program, where he says "I call on the AK Party to act in accordance with Islam, for example let's cut off hands of thieves, I want that to happen, you can cut my hands as well if I steal, I want sharia law in Turkey, brothels should be closed, how can Turkey let these things be legal? Women in the brothels are having medical check-ups with my taxes. Those women are sex slaves, save those people, you are ruling for twelve years, I am not against Islam, I support Islamization."
Last Update: Nov 14, 2014 5:17 pm