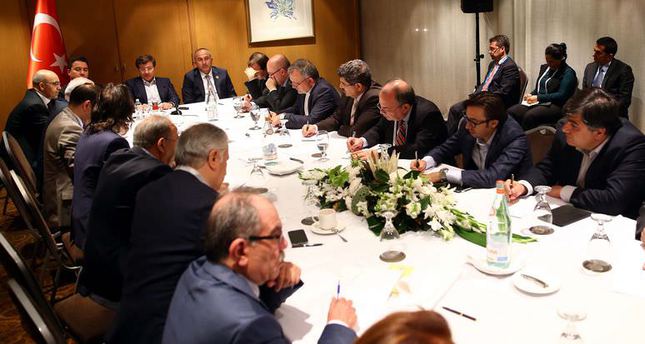 by daily sabah
Nov 16, 2014 12:00 am
PrIme Minister Davutoğlu said Islamic culture in Iraq and Syria had been dominated by cities and that once the Assad regime destroyed the urban centers, Salafist ideology and ISIS were able to take its place. He said cities needed to be rebuilt in order for the peaceful and urban Islamic culture to return.

During his talks with Turkish editors-in-chief, Davutoğlu explained why the militant group ISIS was able to grow so powerful in a short period of time. According to the Turkish prime minister, Iraqi and Syrian Muslims had adopted urbanite Islam, which was distant from Salafist ideologies or interpretations of the religion. When urban structures in both Syria and Iraq were demolished, Salafist ideologies were imported to these countries, creating a base for the self-proclaimed Islamic State of Iraq and al-Sham (ISIS).

He added that re-urbanization is the cure to clear ISIS from the region. Speaking critically of international society, Davutoğlu recently accused world powers of taking no action. "The international society should prove itself," he said, implying the U.N.'s failure with regard to the matter.