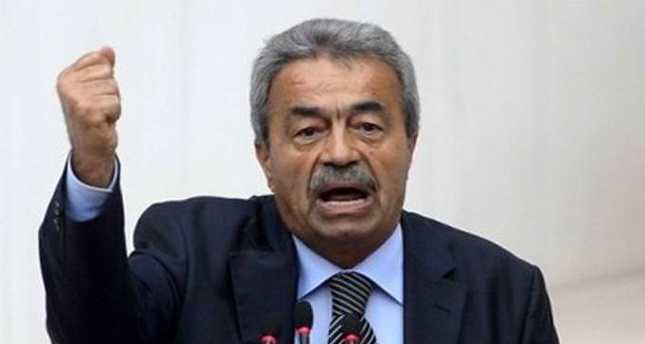 by daily sabah
Nov 17, 2014 12:00 am
The dispute within the main opposition Republican People's Party (CHP) has reached a new level of intensity after the resigned Ankara deputy, Emine Ülker Tarhan, set out to form a new political party. Criticism has already been levelled at Tarhan, who applied to the Interior Ministry on Friday to establish the Anadolu Party (Ana Parti), with CHP Tunceli Deputy Kamer Genç lambasting Tarhan and her new party.

Describing Tarhan as a young and inexperienced CHP member, Genç said, "she was agitated by some and resigned from the party. Then she established a new one. But, her chances of being successful are zero."

Accused of turning her back on the CHP by some, Genç said Tarhan had made a big mistake by leaving the party.

In the press statement she issued after her resignation, Tarhan blamed the CHP's administration for their "wrong and weak policies," which she claimed are not representative of the people's sentiments and were not made with winning elections in mind.

The former center-right Motherland Party (ANAVATAN) member, Yunus Yunusoğlu, who will reportedly take charge of party organization in the Anadolu Party, said they have no plans to divide the CHP. Yunusoğlu said that the organization of the party will be completed by December 1. Organizing in 41 provinces and two-thirds of the districts in said provinces are enough to compete in an election.

Yunusoğlu said that the party aims to choose a provincial chairman from among names who have had no previous involvement in politics, injecting fresh blood.

In the August 10 presidential election, Tarhan's name was allegedly among those who would be mentioned for the presidential candidacy, but the claims were dismissed by both her and the CHP. Following the CHP's loss in the presidential election, the 18th extraordinary party congress was held to elect a party leader in response to harsh criticism and intra-party opposition within the CHP. It was also asserted that Tarhan would announce her candidacy for party leadership to compete with current chairman, Kemal Kılıçdaroğlu, but these allegations were dismissed when CHP Deputy Chairman Muharrem İnce announced his candidacy to run in opposition first.

Following Tarhan's resignation, more CHP members have called for the resignation of Kılıçdaroğlu. Most recently, İzmir Deputy Birgül Ayman Güler requested Kılıçdaroğlu and his team resign due to their poor administration skills.